Yesterday, McHenry County Blog traced the financial condition of Huntley School District 158 and explained in general terms how acceptance of teacher union demands would drive the district into red ink within two years.

Today, the main demands are quantified.

All you then have to do is look at the financial impact of the Huntley teacher union’s two most expensive proposals:

The pay raise part is simple.

Look at the proposed salary schedule and taxpayer pick up of what teachers now contribute (that is, are required to pay) to the Teacher Retirement System and you have over a 20% pay raise in the first year.

I can’t help but point out that the teachers are asking to be treated like administrators as far as health benefits and pension payments go.

The percentage increase might be more with the different ways teachers can increase their salary by getting more college credits that may or may not yield any improvement in their teaching skills.

When you take into account the number of teachers advancing to the next educational lane and how the proposal would automatically advance them more quickly (page 26 of teachers proposal), something in the order of a 25% pay raise number looks pretty solid. 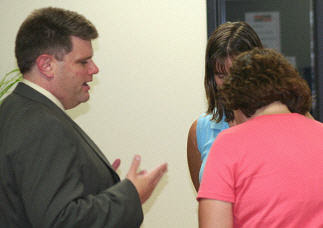 Two years ago, I went to the District 158 board meeting when the last teachers’ contract was considered.

The board did not have a clue how much the contract would cost.

But here’s what the teachers won.

It’s no secret there are at least 550 teachers covered under the union’s contract.

If the salary hike request totals 25%, multiply 1.25 times this salary total to figure the total dollars impact of the pay increase. 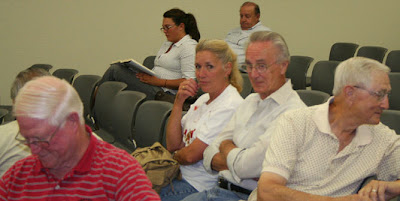 The pay raise alone looks like it results in about a $4 million to $5 million deficit for next year.

The cost for the proposed additional insurance is truly staggering.

Because of the contracts with the bus drivers, nurses, cafeteria workers, custodians, etc., any insurance improvement in the teachers’ contract would automatically apply to them.

The teachers want the school district to contribute more than an additional $7,000 for family health coverage per employee.

For employee +1 coverage, the teachers want the district to contribute about an additional $4,500 per employee. This is just in the first year of the contract.

The teachers want to take away whatever savings the district receives when employees elect not to take insurance coverage.

Every teacher would receive $3,600 in cash if they currentlydecide not to take health care coverage. (Does this sound like “cash in lieu” payments, anyone?)

I guess the teachers just want to be treated like administrators.

When you do the math and add up the cost, the additional insurance cost by itself would cost about $5 million deficit next year.

= = = = =
The photo on top show teachers waiting to see their 2006 contract approved. The one in the middle shows then new Superintendent John Burkey explaining to union leaders why the contract all three had expected to be signed that night would be postponed. On the bottom is one of most of the few taxpayers at the meeting.