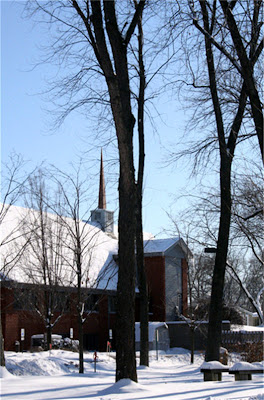 Not that I would imagine the company cares, but Peoria’s Caterpillar is safe from the liberal Methodists who wanted to condemn it and worse for selling heavy equipment to Israel which was used to construct the wall to keep terrorists from blowing themselves up.

The so-called Board of Church and Society capitulated before the once-every-four-year international conference. These folks settled for talking with Caterpillar representatives.

Similarly motivated efforts to take Methodist investments out of Israel are being defeated in committee.

As some readers probably have gathered, I am a Methodist. For decades my church has been in decline, having lost the evangelical fervor of its founder John Wesley. In 1965, there were 11.5 million members. Two years ago, membership was under 8 million. 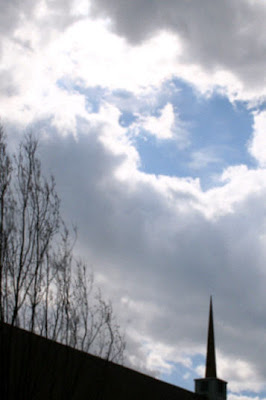 Northern Illinois conference leaders like former Bishop Joseph Sprague, whose views would have astounded Wesley, have driven faithful Christians from my denomination, not to mention from my First United Methodist Church of Crystal Lake. We lost two finance chairmen, for example.

So far, there has been no national coverage of the Houston general conference, but there will be.

Four years ago, you would have been excused if you thought Methodists cared about nothing but the endorsement of the homosexual agenda. That was about all there was in the news.

It was if the delegates were more into politics than Christianity.

But, the conservatives or more traditionally minded delegates narrowly carried the day. 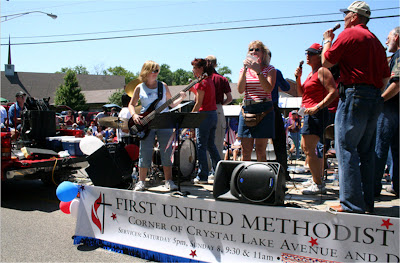 This mightily upset the liberals, especially, the frank comments of the rapidly growing African conference delegates about the subject of the incompatibility of homosexuality with traditional Biblical teaching.

They do not even understand why the subject is on the general conference agenda.

Methodists are committed to its quadrennial conferences being broadly representative of local membership.

Because of the rapid church membership growth in Africa and other parts of the world where the traditional Wesleyan message has found fertile ground, the liberals hope of wresting control of the law-making conference has dimmed. 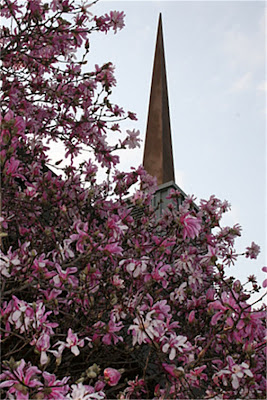 In fact, those forces have at the top of their agenda the separation of the United States from the worldwide Methodist Church. The liberals want to follow the examples of American Episcopalians. They want to run their own show without meddlesome reminders from abroad about what Wesley’s movement is all about.

If the liberals fail in their restructuring effort in Houston, future international Methodist gatherings will begin tilting back toward traditional values.

I’d say, “I can’t wait,” but I have learned that it’s God’s time table, not mind, that counts.

= = = = =
The photos are various pictures of the First United Methodist Church of Crystal Lake.

Perhaps there is some symbolism in the order of the photos. The one on top might represent the winter of decline which the national church has undergone over the past four decades, having lost at least one-quarter of its members. The storm clouds in the next photo could represent the dissension that surfaces ever four years at the Quadrennial General Conferences. No storm clouds during the summer outreach effort. David Hill, the man you see singing at the right of the float said he could see members of the crowd enchanted by the snappy modern religious songs. As some saw they were Christian songs, however, they seem confused, as if they shouldn’t be liking the music. The final photo might represent the church as a whole flowering after it winter of discontent.

The float with the band in front of the church was taken at the 2007 4th of July Parade.