I had been hearing rumors, but the Northwest Herald’s Brandon Coutre nailed the story. 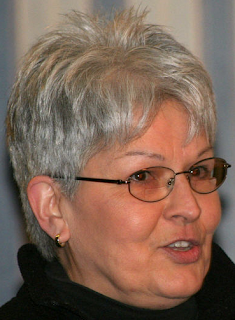 The coroner’s office is the next to the smallest of any of the elected officials. Six employees.

Only the 4-person auditor’s office is smaller

So, what’s this all about?

One observer thought that it might be because Coroner Marlene Lantz was seeking her deputy coroners’ assistance in her campaign against Democrat Dave Bachmann.

Another through it might be because some feared the loss of their jobs should Bachmann defeat Lantz. He did, after all, get more votes in the primary election than she did.

Bachmann thinks that the scurry to join a union results from this McHenry County Blog article, which suggests that six employees are too many for a county the size of McHenry.

Bachmann says Lantz “has overstaffed her office.” Bachmann promises to go out on calls.

If the boss does more of the work, there might not be a need for as many assistants.

“These workers have no reason to fear my coming in, should I win the election and abusing their hours and or work load,” Bachmann said. “I remember too well the 100 hour weeks I was forced to work in an industry that, in years past, was never challenged by labor unions. I will protect their private time and allow time off for emotional healing when needed.”

A union, however, cannot force an employer to keep people on the payroll, if there are layoffs. It might determine who gets laid off, of course, if that is in the contract.

So, what do you think?

Is this an attempt by insecure employees trying to keep their jobs?

Of is it an attempt by pressured employees to avoid doing political work to keep their boss in office?

Or is it a combination of both?

In any event, the Northwest Herald apparently thinks this might be an issue in the campaign.

Maybe it will find others.