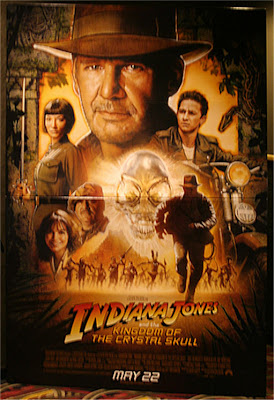 My son’s friends have a clump of birthdays this month, so we went to Toys R Us for, well, toys.

The day before I had forgotten when my son bought a small Indiana Jones Lego set.

But, I did notice that the Indiana Jones Lego sets were on sale.

A come on, I suppose.

Plus a deliberate way to promote “Indiana Jones and the Kingdom of the Crystal Skull,” which opens this Thursday…just in case you haven’t noticed any of the promotional efforts, which include, I noticed, French fry boxes at Burger King.

I thought we could buy the birthday boys the on sale Lego sets.

They could be the first in their neighborhoods to have them.

When I picked up one in the right price range, my son pointed out that it was the last one and he wanted it. 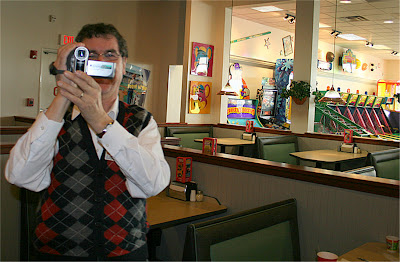 I told him I would buy it for his July birthday.

“But you told me you already have a present,” the young one with the good memory said.

I told him I was buying it for him anyway and that he would have to pick out other Indiana Jones Legos for his friends.

“But Alain doesn’t like Legos,” he replied, suggesting a gift card instead.

It ended up that only one of the three got the Indiana Jones merchandise I walked in to buy; the other two got gift cards.

And, I learned that one friend whom my son was sure did not like Legos does.

His father Ray told me so at his birthday party. Notice that I am not the only one who takes pictures.

My son has already decided he wants to be Indiana Jones for Halloween, complete with whip, which I would guess will be purchased at Disney World right outside the Indiana Jones auditorium the next time we go.

“I thought your school didn’t allow weapons, “ I observed.

“A whip isn’t a weapon,” he replied hopefully.

“We’ll see what they think.”