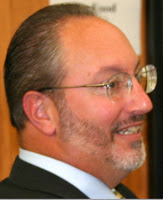 Tony Quagliano was a member.

Kevin Gentry was, too.

Larry Snow wasn’t allow to join, even though the administration recommended he be appointed.

What am I talking about?

Applications are now being accepted for membership on the committee.

= = = = =
Tony Quagliano is seen above on the left, Keven Gentry on the right and Larry Snow in the middle.