Since I first learned about Huntley School District 158’s thinking that its bookkeeper made off with some money (what was it, two years ago?), I have been following the case.

The Daily Herald found someone who said $8-10,000 was missing. As in probably stolen.

First, the district did not want to hand over the information to the Algonquin police until the feeble forensic audit was completed.

Then, in his March, 2007, report to the board, Mark Warner, the feeble forensic auditor from Jefferson Wells, said he found no fraud. 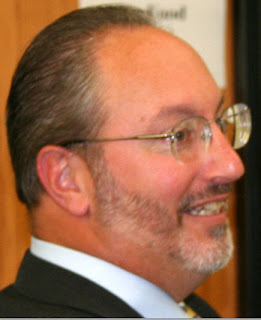 Board member Tony Quagliano was bound and determined to get the guy to comment on the payroll irregularities.

One of his final inquiries was about “the individual who left.”

“Did you verify what we had was accurate?

“Did you see the police report?”

Wagner, who seemed to be in charge of the payroll auditing, replied,

“The document appears to be correct.

“Now, it’s up to the prosecutors to make the determination.”

The school district employee, so far unnamed, had been investigated by the Algonquin Police, but the report had been held at the request of school officials pending the completion of the forensic audit, Superintendent John Burkey said.

Asked after the meeting, I inquired when the school district would ask that the police report be forwarded to the state’s attorney’s office.

“As soon as this is done. The reason we waited was because we wanted that done before we turned it in.”

Burkey indicated that time was then, March of 2007.

Recently, McHenry County State’s Attorney Lou Bianchi’s office announced that there would be no criminal prosecution.

Through a Freedom of Information request, I had previously sought the underlying documents from which the school board concluded wrong doing had occurred by filing. It was denied.

Since the “end of investigation with no criminal charges to be filed” announcement from the state’s attorney’s office, I filed another Freedom of Information request with the school district.

Except there were these intriguing two words added to explain the denial:

So, is the Huntley School District preparing to file a civil suit to recover the money it seems to think has been stolen?

If I am interpreting the reply to my latest Freedom of Information requests correctly, that is the case.

If so, it will be interesting to see what evidence is offered.

= = = = =
Feeble Jefferson Wells forensic auditor Mark Warner can be seen on the right. Tony Quagliano is on the left.