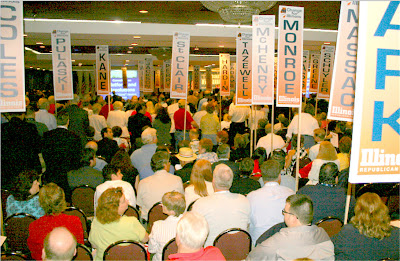 People fight at the ballot box to get to attend the Republican National Convention.

But some who signed up for the Illinois Republican Convention most certainly did not want their names to be made public.

From the talk at various places, we were going to have a full delegation of 64.

I saw 25 on Friday night and Saturday.

I started asking McHenry County Republican Party Chairman Mike Tryon for a list of the delegates right after I saw the names of six or so coming from Lawrence County in the Sumner Press. They were published right after the organizing conventions. 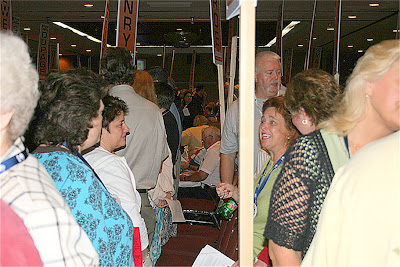 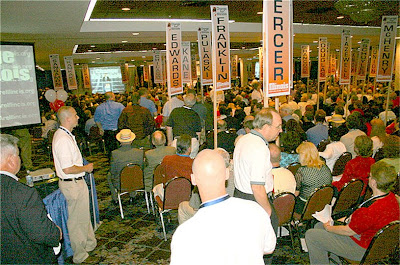 Here are the people from McHenry County I saw at the convention:

In addition, Nick Kachiroubas, plus Jake Justen and his finance Ahston were sighted Friday night.