This is the seventh and last installment of what was contained in the United States Department of Justice Civil Rights Division report about Cook County Jail. It looks at maintenance, housekeeping, sanitation, pest control, plus the report’s conclusions.

There seems to be a real problem with maintenance at the Cook County Jail (page74). 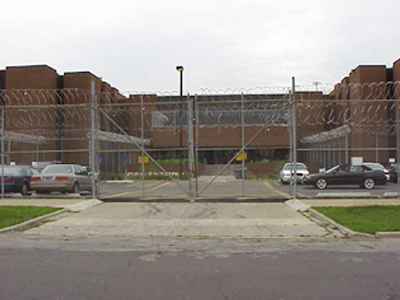 Some of the problem can be traced to the jail’s not doing its own work (the Cook County Facilities Management Department has jurisdiction) and some just to union work rules (a work order and a union electrician is needed to change a light bulb).

“Maintenance and sanitation are categorically inadequate throughout the facility, exposing inmates and staff to unhealthy and unsafe environments as a result,” the Justice Department report concludes.

One person takes care of the 96-acre facility, except for the food service and Cermak Hospital parts (page 76).

“We consistently observed conditions that should not have existed if staff were being held accountable for conditions in the housing areas (page 77).”

Criticism is also leveled at jail staff for not holding inmates responsible for housekeeping lapses.

Housekeeping is described as “very poor.”

There are 17 pages of recommendations (pages 79-96), a veritable blue print should the Cook County Jail be placed under federal control.

Early on in the report, criticism was levied at jail administrators for allowing draped clothes lines to hide what goes on within cells.

The same problem existed in Illinois state prisons with George Ryan’s new Director of Corrections took control. He ordered them taken down.

The full report should now be posted on the Department of Justice’s Civil Rights Division web site.