Another press release from the Democratic Party’s candidate for McHenry County Coroner.

You have to go all the way to the end to find out why he includes a close-up photo of Air Force One.

On August 1, 2008 Dave Bachmann produced a letter that was posted on McHenry County Blog. He expressed his Faith Based belief that ALL life should be valued and “protected.” This may be view here. 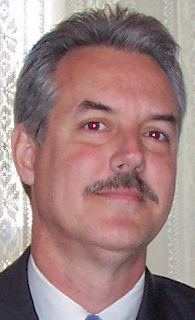 Today, Bachmann released another firm belief, having to do with the value of “True Friendships.” Bachmann states, “In life, and even more so in Politics, it’s all about ‘integrity’ and taking a firm stand. Never wavering! Say it, mean it, back it up!”

Therefore, “Bachmann for Coroner,” an “Educational” based campaign, announces its Campaign motto,

“You Find Out Who Your Friends Are”

We believe the lyrics of the Tracy Lawrence song as attached, clearly states how we feel about our friends and family. Especially now, as we begin the 90 day countdown to election day.

“I am a man of Conviction. I want my campaign to reflect this. Voters will decide. Call me wrong, Call me right?

“We ask ALL our friends to join us now. The contact information is listed on our web site.

“Our Campaign greatly appreciates, and invites all our college student voters and supporters to get involved as so many have already. ‘Bachmann for Coroner’ Embraces and provides for its ‘Youth Movement’ web links, to Yahoo Music Videos. We feel for the first time in this Nation’s history, our ‘youth’ are Politically engaged as never before. We know this to be true, via the amounts of emails our campaign receives each day, from our web site.

“I have linked a highly popular web-site Yahoo to my web page. This way, my visitors can listen to ‘tunes’ while they visit our site, for education on ‘What a Coroner Really Does.’ A most popular group, ‘Nickelback’ is featured with ‘Photograph.’

Dave Bachmann has also provided a campaign video. In this video he shares his platform for the future of the McHenry County Coroner’s office. This may be view here.

All of these links and video’s are also listed on the official campaign web site. Each sight may be navigated to from our home site.

Photographs of “Air Force One” may be viewed from Dave’s Personal Photo Collection as he boarded this aircraft at the invitation of President George H. W. Bush.

Bachmann concludes: “This election cycle, we will prove, ‘TODAY’ is the future of Campaigning! On-Line………… “