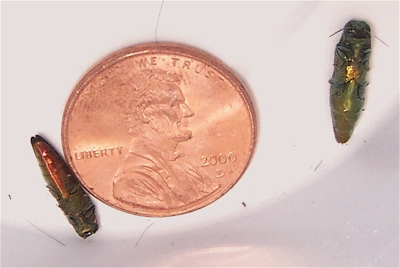 The Northwest Herald is reporting that the Emerald Ash Borer has been found in Crystal Lake, according to a story by Jim Butts.

We have a mature ask right outside our bedroom window.

I remember my asking my father why he had not chopped it down as it was growing beyond sapling size.

He told me that his neighbor, Postman Walt Southern, 225 Meridian Street, had identified it as an ash and asked him to let it grow. 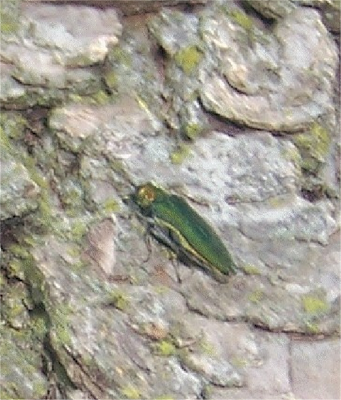 Time to figure out how to protect it.

The bugs are supposed to be dead now.

Photos were supplied by Algonquin’s Stan Gladbach, the first person in McHenry County to identify the bug.

Gladbach’s contacting me led to McHenry County Blog’s having scooped other publications with these stories:

Democrats Invade McHenry County (A satire – for those literally minded.)