Democratic Party candidate for State’s Attorney Tom Cynor has called for the end of a program that helps the McHenry County business community.

His suggested alternative is to send businessmen back to civil court, which, of course, would require the hiring of an attorney.

I have some comments below from McHenry County State’s Attorney Lou Bianchi’s office and my assistant’s experience of helping collect bad checks while I was state representative, but here is the press release:

State’s Attorney Bianchi created the in-house government program on February 19, 2007, which has since serviced only about 100 clients in a county of over 300,000 residents.

“In an environment of raising property taxes and increased burdens on McHenry County taxpayers, it is counter-productive that State’s Attorney Louis Bianchi would be supporting a government program which winds up costing the taxpayers of the county thousands and thousands of dollars and provides a legal remedy to a select few. . . ” Cynor said.

“While the taxpayers are paying for ASA’s salaries, staff and administrative costs of the program, it is only McHenry County merchants who are eligible to use the special government services.” Sadly, even these few exclusive clients aren’t even realizing a benefit. Big picture – this really is a lose, lose situation”

Under Illinois civil law, any payee who receives a bad check can file suit and collect not only the face value of the check, treble damages and court costs but also attorney’s fees. Accordingly, it is the people who pass bad checks who pay for the collection costs when proceeding in the civil courts. Under the current government program run by SA Bianchi, fees and collection costs are severely capped by statute and ultimately the bulk of collection fees are paid by county tax payers.

“This really is a business or corporate welfare program where the government through the State’s Attorney’s office acts like a glorified collection agency,” said Cynor, “the problem is this is supposed to help McHenry County merchants, and in reality is leaving thousands and thousands of dollars uncollected from the people actually writing the bad checks.”

SA Bianchi has repeatedly distributed press releases expressing his satisfaction with his government program and boasting about the amount of money collected to date. All the information released to date, however, fails to make mention of the administrative costs of the program or the amount of attorney’s fees and treble damages left uncollected from offenders.

“In an era where more and more people are using debit and credit cards and more and more merchants are using check verification services, it simply doesn’t make fiscal and or legal sense to continue with a costly county government check cashing program.” Cynor said. “It’s time the State’s Attorney returned to basics and focused on prosecuting serious crimes and providing legal services to county officials.”

The statutory duty of a State’s Attorney is “to commence and prosecute all actions, suits, indictments and prosecutions, civil and criminal…” 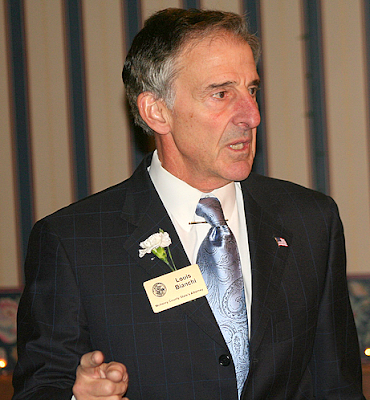 Passing a bad check is a crime.

The State’s Attorney’s Office is mandated to pursue criminal activity in the criminal courts and not leave crime victims to merely pursue civil remedies on their own.

The State’s Attorney’s Check Enforcement Program efficiently holds those who pass bad checks accountable for their conduct at a minimal cost, most of which is borne by the offender themselves.

It is absurd to assert that because there is a civil remedy available to crime victims that the State’s Attorney should not perform his statutory obligation to prosecute crime.

Virtually every case has a civil remedy available to crime victims.

For example, a victim’s family in a murder or reckless homicide case could pursue a wrongful death action; however, that does not relieve the State’s Attorney of his statutory mandate to prosecute the case in criminal court.

The Check Enforcement Program has operated in McHenry County with great success, collecting more than $100,000.00 for local businesses. Over 200 prosecutors offices across the country have have similar programs, including Cook and DuPage counties.

= = = = =
When I was state representative in the late 1990’s, my assistant Pete Castillo found people walking in the door with NSF check problems. Most of them were men who spoke Spanish.

Pete discovered that the office of State’s Attorney Gary Pack was useless as far as bad check collection went.

But, he knew that other people didn’t know that.

So, he would call up the person who passed the bad check and tell them, if the $2,500 (or whatever the amount) wasn’t in our office “by Friday,” we’re going to refer it to the state’s attorney’s office.

You would be amazed how often that worked.

Having that threat, whether real or imaged, was the key to collection.

That’s not to say that Pack’s office didn’t do some things right.

Reviewing my memory with Pete, he remembered, “The state’s attorney’s office faithfully prosecuted above and beyond the call of duty all of the evaders of child support we sent him.’

He particularly remembered one assistant state’s attorney who, for instance, collected from a guy driving a Mercedes. Unfortunately, Pete couldn’t remember his name or I’d be happy to put it here.