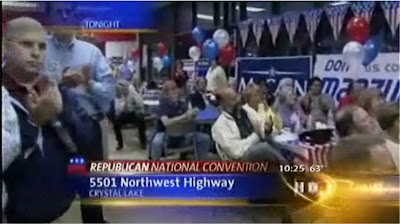 You know, the place with the spiffy new sign where Pauly Toyota used to be.

I even missed last Thursday night’s airing of the Crystal Lake audience reaction on ABC Channel 7.

In any event, ABC showed up in McHenry County. It was the only suburban video taping I saw on Channel 7. 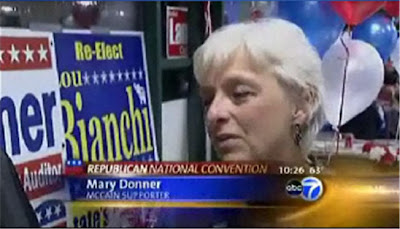 McHenry County Board member Mary Donner got to be the local star.

She was quoted thusly,

“John McCain is the down-to-earth guy. The commonsense man, the person who’s going to go in and take care of the situation that needs to be taken care of.”

I wonder if Channel 7 came to Crystal Lake because the Northwest Herald has partnered with Channel Two.

ABC wasn’t the only crew on hand. 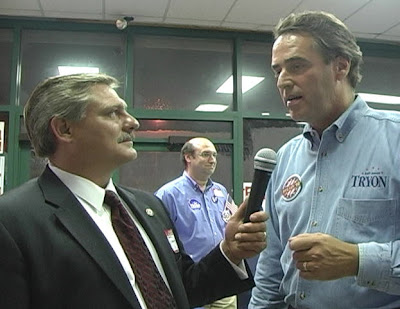 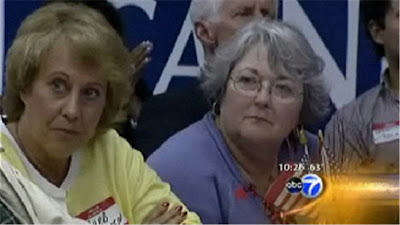 On top you see the lead in shot that was on the Crystal Lake segment of last Thursday’s piece on Channel 7.

Next is McHenry County Board member Mary Donner being interviewed.

John Blanchard can be seen interviewing McHenry County Republican Party Chairman Mike Tryon at the bottom of the article. His show, “Muster America,” airs on Comcast on its public access channel.