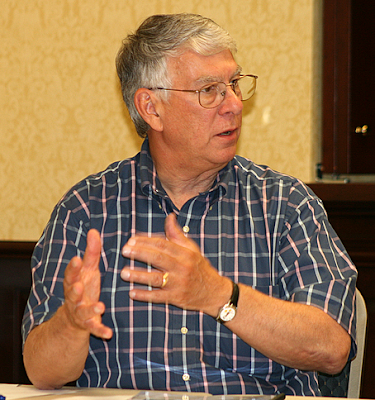 Fannie Mae and Freddie Mac should be forbidden by law from donating to political candidates.

16th District Congressman Don Manzullo has proposed that both formerly quasi-governmental entities should be forbidden from lobbying and having Political Action Committees.

Manzullo, a member of the House Financial Services Committee, has not taken no money from the two financial giants in his almost 16 years in office, according to Associated Press.

Meanwhile, take a look at the Illinois politician who ranked second in the United States of American in receiving political contributions from Freddie Mac, Fannie Mae and their executives:

All Recipients of Fannie Mae and Freddie Mac Campaign Contributions, 1989-2008

“Two-term Illinois Rep. Melissa Bean, a Democrat from suburban Chicago, has received a total of $35,000 from Freddie and Fannie PACs, the most among the five Illinois representatives on the House Financial Services Committee.“