The Equity for Our Nation’s Self-Employed Act (H.R. 3660) would eliminate the cost penalties in health insurance imposed on sole proprietors and make quality health care more affordable for Americans who make up the majority of the working uninsured.

In the nation’s current health-care crisis, the self-employed have been hit particularly hard, facing rising costs of health care combined with laws that require these business owners to pay 15.3 percent in self-employment (Medicare and Social Security) taxes on their health insurance premiums. This segment — comprised of the smallest business owners — is the only group of American workers that bears this tax burden.

“Surging health care costs are drowning our small business owners, especially the self-employed who have to pay extra tax on their premiums,” Manzullo said. “This is a wonderful bill that would provide our small employers – the job creators of our economy — tremendous relief at a small cost.” 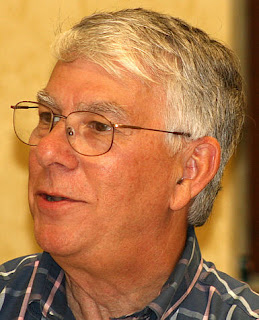 According to Robert Hughes, president of the National Association for the Self-Employed and a CPA, studies have indicated that on average in the United States a self-employed individual pays $12,106 annually in health insurance premiums for family coverage. Since owners are unable to deduct their premiums as a business expense, as all other businesses do, they have a higher self-employment (FICA) tax liability. In this case a sole proprietor would be paying an additional $1,185.22 (15.3 percent) in taxes. The Equity for Our Nation’s Self- Employed Act (H.R. 3660) addresses this inequity and levels the playing field for over 20 million sole proprietors.

“Millions of self-employed individuals in Illinois live the American dream every day by running their own business, being their own boss and supporting the national economy,” said Hughes. “But while the self-employed have invested tremendous sweat-equity as key contributors to the economy and society, they face a remarkably unfair playing field behind the scenes when it comes to the tax code and health care.

= = = = =
The photo of United States Congressman Don Manzullo was taken when he attended a Crystal Lake NFIB meeting.