With Bill Foster, the man who beat him in a special election to replace former House Speaker Denny Hastert having voted for the financial bailout, Jim Oberweis, who has a background in investments, as well as milk, has issued the following statement. The congressional district being contested, the 14th, lies just south of the McHenry County line in Kane County.

Two days ago, the House of Representatives rejected a flawed bailout plan – a plan that would have put taxpayers on the hook for $700 billion to buy bad assets from Wall Street investors. We should all be glad that 228 Members of Congress from both parties had the courage to stand up to their party leaders and instead do what they believed was right for their constituents. THAT, in my view, is REAL bipartisanship, and real LEADERSHIP. As a result of their courage, Congress now has an opportunity to revisit the issue and get it right. I’m hopeful that they will do just that. 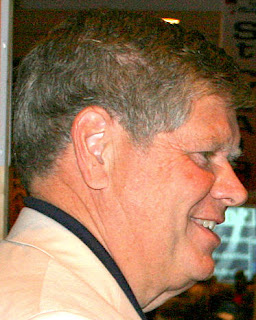 Second, I would temporarily suspend an accounting standard known as “mark to market.” While mark to market offers investors a clear look at a company’s balance sheets, it can also have a significantly negative effect in an illiquid market such as the one we’re currently experiencing – it artificially and arbitrarily forces companies to downgrade the value of certain assets, and that can lead to market distortions.

Third, in an effort to infuse new capital into the economy, I would support legislation that would allow for the issuance of a new class of stock that was capital gains tax-free – that is, companies could issue new stock that wouldn’t be subject to the capital gains tax when it was sold later. This could unlock tens of billions of dollars of private equity capital and provide a real shot in the arm to the economy.

Over the longer term, of course, we’re going to need more fundamental reform to make sure we don’t go through this again.

What we’re seeing in Washington right now is disturbing. For five years, we’ve heard from the President’s political opponents that the nation was “rushed” into a war we didn’t need to get into. That so-called “rush” to war took place over a period of about nine or ten months, as I recall. And at the time, every intelligence agency in the world agreed on the data. Even the President’s political opponents agreed on the need for action. It was only AFTER the fact that we learned the data was wrong, and we did not have to take that action.

Compare that situation to today, where there isn’t even agreement over the data, and yet Congress is being asked to rush to action in nine or ten DAYS. This rush to action is worse than what happened with the rush to war five years ago. It should be a matter of concern to all of us that in its determination to act quickly, Congress could act unwisely.