Kevin Craver has written a story today about the tow truck regulations that Anchor Towing’s Dan Hunt has been campaigning against. 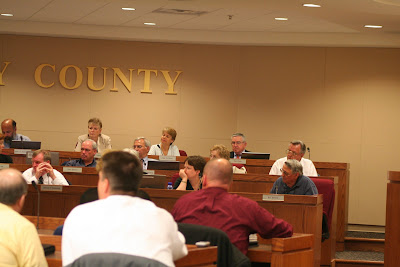 Both proponent McHenry County Board member Nick Provenzano and Hunt admit in the article that they did not know the extent of the county ordinance’s impact prior to passage.

Craver has a great beginning sentence:

“McHenry County unwittingly got a two-for-one deal when it voted earlier this year to participate in more stringent state towing regulations.”

That pretty much says it all.

As too often happens, government at all levels passes legislation that has unintended consequences.

The implications of the law “caught us off guard,” sponsor Provenzano told Craver.

“I believe their intentions were noble. Unfortunately, there was more to this law than everyone saw, including myself.”

So, what will the County Board do today?

Decide to wait for State Rep. Jack Franks and State Senator Pam Althoff to pass new legislation to rectify the problem or repeal the ordinance until those revisions are in place?