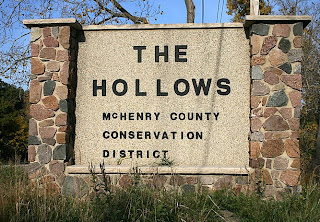 A year ago, it was a cold weekend the Cub Scouts of Pack 158 camped out at the McHenry County Conservation District’s Hollows Conservation Area.

Actually, since The Hollows is an old gravel pit and the first site acquired by MCCD, I’m not sure “conservation area” is a fitting title.

But, the price was right. Material Service gave it to MCCD after it was mined out.

It is certainly an adequate and close camping ground for Crystal Lake-area Cub Scouts sponsored by the First United Methodist Church of Crystal Lake. 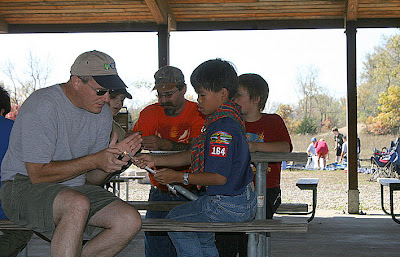 In the afternoon, different ways of keeping a rope from fraying were demonstrated. I think burning the end of a plastic rope had more interest for the kids than whipping. (Cub Scout Pack 164 from the Ridgefield Presbyterian Church is meeting with 158 this year.) 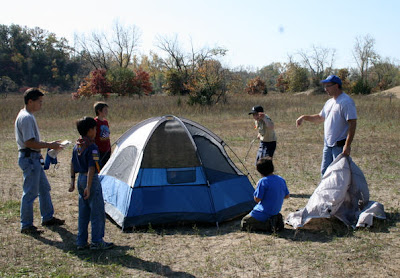 The second activity was learning how to set up a tent.

Then, there were 3 and 1-mile hikes for different age groups. 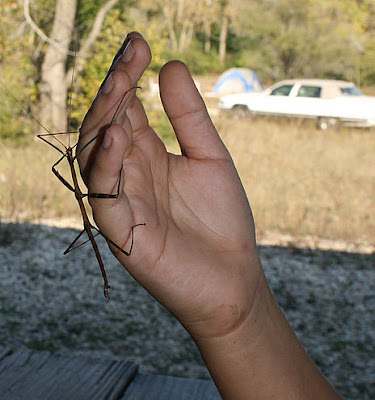 After getting back from the hike, my son and a friend found this walking stick that had somehow gotten into our tent. 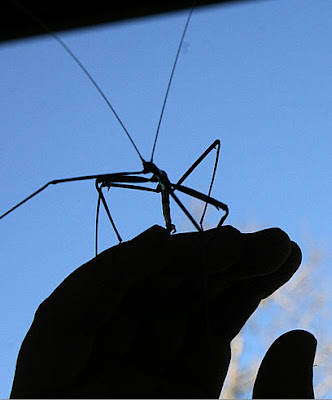 It was pretty much the hit of the afternoon. It crawled all over the arm, face and head of the two boys. My son, who picked up a garden snake on the 3-mile hike was a bit perturbed when the walking stick was walking on his hair. 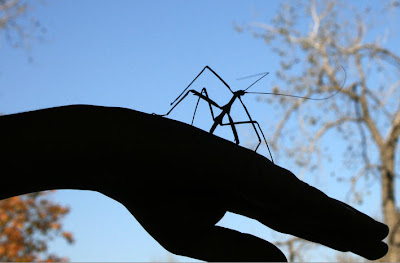 No pin through the abdomen for this insect. It was released at The Hollows. 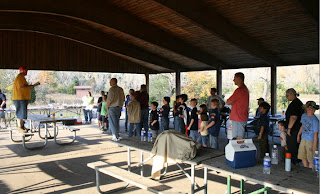 After the hike, the kids were quite ready for dinner. Instead of buying bratwurst in a grocery store, I bought it at Kalck’s Butcher Shop across from the train station on Woodstock Street in Downtown Crystal Lake. (There are evern 3 30-minute parking spaces in front so people can make a quick stop.) They have the best brats I have ever eaten. I think I got them some new customers. 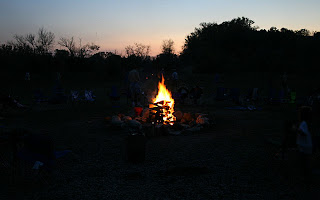 As dusk descended, there were den skits by the camp fire.

Then, the real fun began. I wish I had an infrared lens. The boys were running around the camp site having the time of their lives until goodness knows what time. Flash light tag. Aliens. Stuff like that. 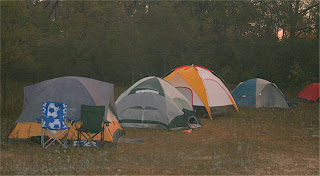 My son was the last one in the tent.

All fell asleep hearing the traffic on Route 14. Truck transmission ground from gear to gear. Two trains an hour chugged past.

Both of us were awakened by booming noises during the night. My son thought it was thunder, but I didn’t see any rain clouds. I thought it sounded more like gun shots or fire works. 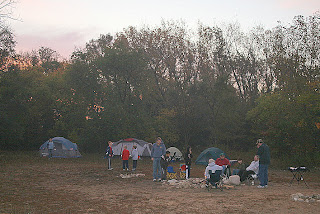 The night was so humid that condensation covered all the tents when we awoke. You can see from the morning photograph that fog was present. 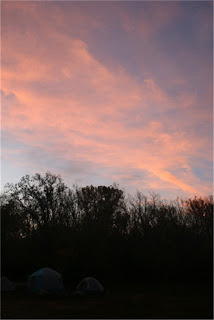 The sunrise wasn’t brilliant, but it had its moments. 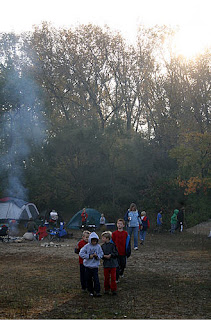 Breakfast was eagerly awaited by the boys who had run around until all hours of the night. 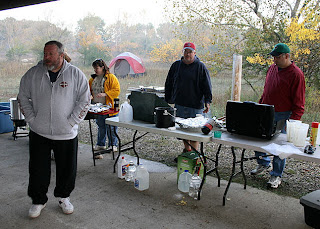 You see some of the parents who made the camp out a success above.

I had to bring the tent home unfolded because it was so wet.

Even made the 11 o’clock church service. 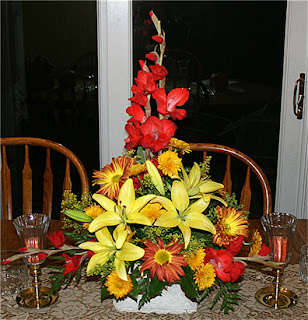 We had flowers on the altar celebrating our 18th wedding anniversary and my 11-year old son.

It would not have done to miss that service.