The Daily Herald’s Jameel Naqvi reports Wisconsin-based Mercy Health System has thrown in the towel in its current quest to put a hospital in Crystal Lake. Mercy still thinks Crystal Lake needs a hospital and wants to build one, but they’ll settle for a doctor’s office building and surgery center now.

A statement issues says “current Illinois law, which requires health care companies to obtain a Certificate of Need before undertaking large-scale expansion projects, ‘makes it difficult for anyone to build a new hospital anywhere in Illinois,'” the article says.

As I think I have mentioned previously, I introduced a bill to repeal the Certificate of Need law in 1993 when I re-entered the General Assembly after 12 years of remission.

Mercy does want to build a medical office building and surgery center in Crystal Lake, the article says. 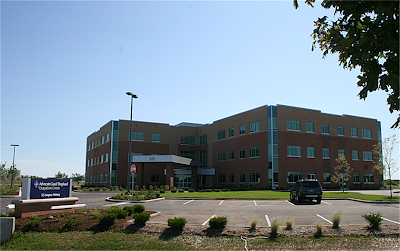 Information about how Mercy’s efforts to build a hospital in Crystal Lake got entangled with shakedown artists many of whom ended up getting convicted of various federal crimes can be found here.

Since then, Advocate/Good Shepherd Hospital has opened an intermediate care facility across from the Pingree Road Metra Station (seen above) in which a Board Certified Emergency Care physician will staff from 8-8 each day.