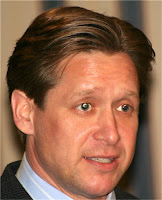 Considering the bad publicity in both the Daily Herald and the Northwest Herald that his opponent Round Lake Mayor Bill Gentes has gotten for not telling the truth about having been let go by the Realtor Association of NorthWest Chicagoland, seeing $5,000 from the Illinois Association of Realtors go to his opponent must have galled Gentes.

Gentes did write a letter of apology.

In addition, Chris Reyes of Rosemont donated $2,500 and the Health Care Council of Illinois Politic paid Joe Cook of Wauconda $717 for consulting services and mileage.