So, who’s the biggest political crook in Chicago?

I nominate Tony Rezko until the U.S. Attorney’s Office gets around to indicting one of his patrons. 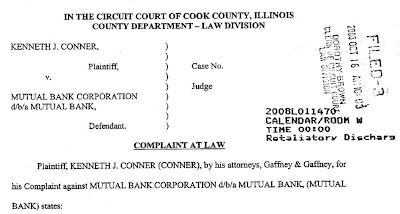 The ever protective of Barack Obama Chicago print and electronic media have apparently ignored a Cook County Circuit Court suit concerning Rita Rezko and her sale of a 10-foot strip of her lot to Senator Barack and Michelle Obama.

They didn’t manage to find the court case, which was filed Thursday at 10:03 AM, and write an article in time for Sunday’s editions.

Wouldn’t want to muddy those fawning Chicago newspaper Obama endorsements, would we?

I’ll give the Chicago Tribune some credit. Google says a story was posted to the Tribune web site about 6 AM Sunday morning.

But when I click on the link, a message says the story cannot be found on this web site.

And, when I searched for “Rezko” on the Tribune’s web site, the 6 AM story was gone.

So, Tribune readers can’t learn about the disappearance of Rita Rezko’s Mutual Bank file’s critical real estate appraisal analysis of the lot she purchased next to the Obama household the same day Obama bought his lot. 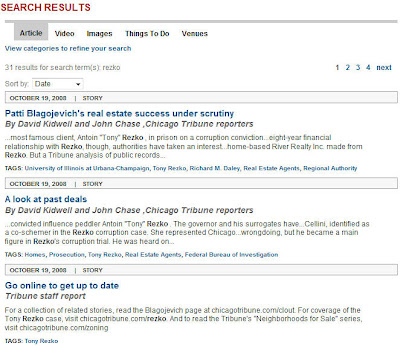 I did find a Tribune Swamp blog post by Ray Gibson dated Friday, the same day as the New York Daily News blog post that alerted me to the story. I can’t figure out which went up first.

The fact that Gibson found this story Friday, but the Tribune did not think it newsworthy on the weekend it was announcing its first endorsement of a Democrat for president speaks volumes about how Tribune editorial policy affects news coverage, don’t you think? 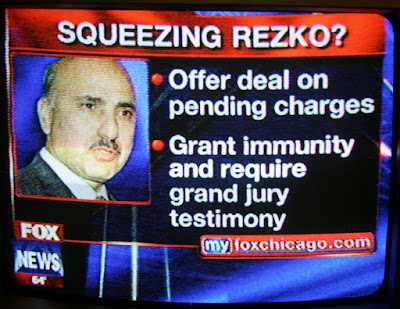 My story went up just before midnight Saturday night six hours before the missing Tribune story.

In detail, McHenry County Blog lays out his retaliatory discharge suit of now-fired banked Kenneth Conner in which he explains, among other things, how he told bank officials he would tell the FBI the truth, if asked:

“If the FBI were to ask me about such I would tell them the truth. “