Today we look at the third side of the McHenry County Monopoly board. 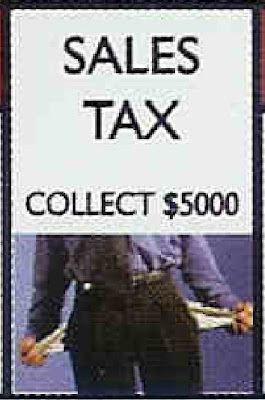 Where the second CHANCE space usually appears after FREE PARING. the same man with his hands pulling out his pockets.

The Dems could have done something with Crystal Lake Mayor Aaron Shepley’s 75% city sales tax hike that took effect on July 1st.

No ballot box vote was required because Crystal Lake is a “Home Rule” unit and its ordinances generally are as important as state law because of that special status that can only be challenged by passing a petition seeking a vote on whether to repeal Home Rule status.

Shepley is an appointed Vice Chairman of the county GOP–for “Community Outreach,” of all things!

And, after all, all of the city council members are Republicans. 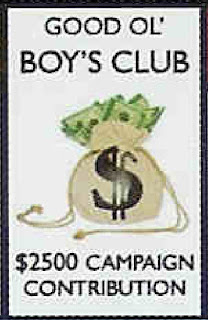 But they are elected on a non-partisan basis. Maybe that is why the Democrats gave them a pass.

Where the third railroad would be is a third bag of money.

Each board side’s money bag is $500 more than the one before. The utility just before the regular “GO TO JAIL” has three more monkeys,

HUGE
SALARIES
EVERYONE GETS
A RAISE!

One candidate for office, the Democrat’s man for County Coroner, Dave Bachmann, has said he won’t take the authorized raise during the first year, should he win election. 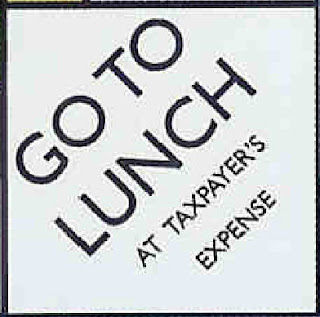 GO
TO LUNCH
AT TAXPAYER’S
EXPENSE

I would have put the apostrophe after the “S,” but that’s a small quibble.