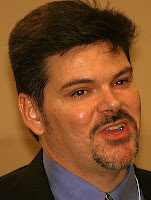 $500 each came from District 2 county board candidate Jill Mawhinney and her husband Rich Jackson.

$600 was donated by Democratic Party Chair Kathy Bergan Schmidt.
,
All contributions were made on Friday.

In addition, the Eighth District Democrats and Independents contributed $500 to Cynor’s campaign for state’s attorney.

That’s the biggest contribution Cynor has received from an outside source.