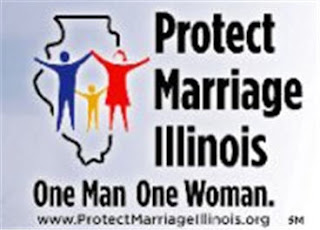 There was even a link on the main page of the state GOP web site.

But, as far as I know, no Republican organization helped gather signatures.

And the petition effort fell short.

Not a lot short, but not enough signatures were gathered where it was thought the petition could withstand a vigorous attack from well-financed organized homosexuals.

Now, it turns out that about the only bright spot on the conservative election horizon is the constitutional amendment banning of same sex marriage in California.

The ballot measure, labeled Proposition 8, is passing 52.3% to 47.7%. There’s over a half million vote spread.

Ironically, many of the same voters who pushed Barack Obama to victory voted to ban same sex marriage.

Exit polls taken of 1,200 voters in 50 Los Angeles precincts by the Center for the Study of Los Angeles at Loyola Marymount University found that “50 percent of Latinos voted for Proposition 8 and 39 opposed it, while 47 percent of African-Americans voted for it and 40 percent against it,” according to the LA Times

So, here’s my question?

Had the state GOP gotten the Protect Marriage advisory referendum on the ballot in Illinois, might someone like Elgin’s State Rep. Ruth Munson have eeked out a victory, instead of losing by an unofficial 322 votes?

Understand that I don’t know how Munson stands on the issue and she would obviously have to been against gay marriage and her opponent Keith Farnham would have had to have been in favor of it for my suggested strategy to have had a chance of working.

However, if they had been on opposite sides of the issue, Elgin could have been ready-made to have replicated how California voters behaved.

In 2000, Elgin had 34% Latinos and almost 7% African Americans. These Elgin minorities are concentrated in Munson’s district. The district also dips into Carpentersville, which has 41% Hispanics, most of whom live on the East side in the Munson district.

“Blacks voted 70 percent in favor of Proposition 8, and slightly more than half the Hispanic voters backed the measure, according to exit polls released by the National Election Pool,” the Washington Times reported.

And, Andrew Pugno of ProtectMarriage.com said, “Inner-city black neighborhoods voted stronger for Prop. 8 than the Republican suburbs. An amazing analysis.”

According to Mark DiCamillo, director of The Field Poll in California,

“The Field Poll, completed one week before the election, had Catholics voting at about their registered voter population size (24% of the electorate) with voting preferences similar to those of the overall electorate, with 44% on the Yes side.

“My take is that polling on issues like same-sex marriage that have a direct bearing on religious doctrine can be affected in a big way in the final weekend by last minute appeals by the clergy and religious organizations.”

Whether Catholic Church priests and black ministers in Munson’s district would have done what their counterparts are said to have done in California is unknowable.

But, if they had, and if Munson had a campaign staff astute enough to capitalize on the issue, maybe she would have been re-elected.

Since neither the State GOP nor House Republicans nor Senate Republicans showed any inclination to help get the signatures to put the referendum on the ballot this year, I somehow doubt Munson would have been able to grab the opportunity.

If Tom Cross or Frank Watson’s successor or Andy McKenna figure out this could issue could help some legislators or even the GOP gubernatorial candidate in 2010, the time to be starting a petition campaign is now.