Thanks to Dan Curry’s Reverse Spin for finding these comments from Salon.com liberal commentator Camille Paglia: 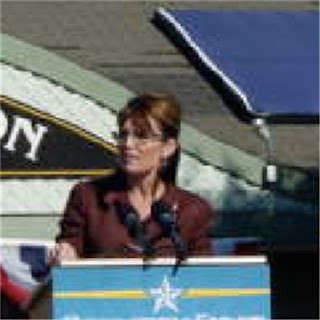 The evil genie released during this sorry episode will not so easily go back into its bottle.

A shocking level of irrational emotionalism and at times infantile rage was exposed at the heart of current Democratic ideology — contradicting Democratic core principles of compassion, tolerance and independent thought.

One would have to look back to the Eisenhower 1950s for parallels to this grotesque lock-step parade of bourgeois provincialism, shallow groupthink and blind prejudice.
I like Sarah Palin, and I’ve heartily enjoyed her arrival on the national stage. As a career classroom teacher, I can see how smart she is — and quite frankly, I think the people who don’t see it are the stupid ones, wrapped in the fuzzy mummy-gauze of their own worn-out partisan dogma.

So she doesn’t speak the King’s English — big whoop!

There is a powerful clarity of consciousness in her eyes. She uses language with the jumps, breaks and rippling momentum of a be-bop saxophonist.

that Palin as a pro-life wife, mother and ambitious professional represents the next big shift in feminism.

Pro-life women will save feminism by expanding it, particularly into the more traditional Third World.

As for the Democrats who sneered and howled that Palin was unprepared to be a vice-presidential nominee — what navel-gazing hypocrisy!

What protests were raised in the party or mainstream media when John Edwards, with vastly less political experience than Palin, got John Kerry’s nod for veep four years ago?

And Gov. Kathleen Sebelius of Kansas, for whom I lobbied to be Obama’s pick and who as on everyone’s short list for months, has a record indistinguishable from Palin’s.

Whatever knowledge deficit Palin has about the federal bureaucracy or international affairs (outside the normal purview of governors) will hopefully be remedied during the next eight years of the Obama presidencies.

= = = = =
The Sarah Palin rally in Laconia, New Hampshire, above was caught by a former McHenry County resident, who forward the photos to McHenry County Blog.