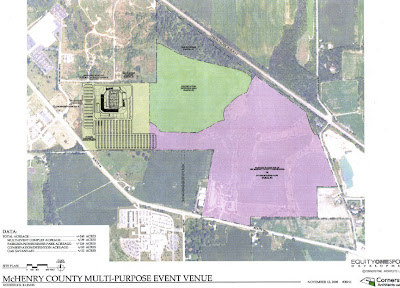 It won’t be on watershed of Crystal Lake watershed at McHenry County College.

But it will be just up the road across Route 12, north of Centegra’s Woodstock hospital. 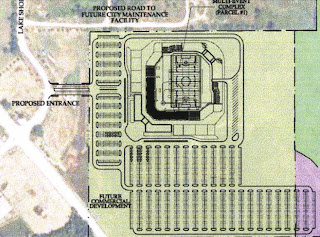 It will include a minor baseball stadium.

And, it won’t be just for baseball. Being promoted are lacrosse, soccer, football, concerts, trade shows, antique shows, car shows and festivals.

And the same guys who fleeced McHenry County College taxpayers are apparently among the driving forces behind the proposal. 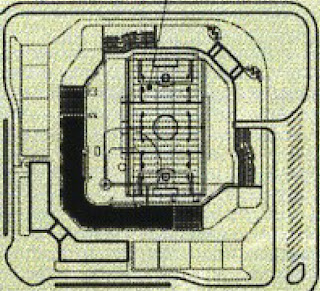 Mark Houser and Pete Heitman building a sports facility without a public subsidy. 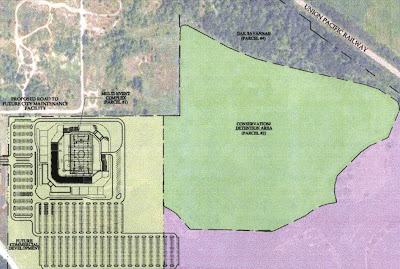 The 250-acre site will preserve 53 acres of wetlands and 22 acres of oak savannah, seen to the right of the stadium. Click to enlarge. 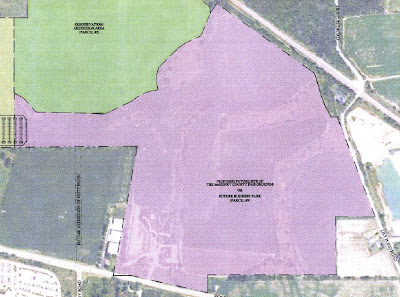 The area is also being held out as a possible new home for the McHenry County Fair. More specifically, most of the land between the railroad track, Lily Pond Road, where I lived for a while, and Route 14.

The site is also being promoted as a place for not-for-profits and service agencies to locate.

Victor Narusis has been the glue that has put this idea together for the McHenry County Community Foundation. When he told me at the Pro-Life Pig Roast at the end of June that he had several million dollars committed and that there would be no tax dollars involved, I wished him luck.

“We are proud to present this project with no request for public funding,” Narusis said (with my piecing together parts of two sentences from the press release.)

He said the site selected “rose to the top of the list” because it is “located in the central part of the county and along a regional traffic corridor” providing “convenient access for all county residents.”

The land is being donated and graded by Rick Zirk of Woodstock’s Merryman Enterprises. After site preparation, the remaining land will be made available to the Foundation and the McHenry County Fair Board.

You can read the MCCF press release here.