It was the Fourth of July and this member of Crystal Lake Kiwanis had been up late the night before counting money for the Crystal Lake Gala.

The Kiwanians pretty much closed the place down. We were the money counters. 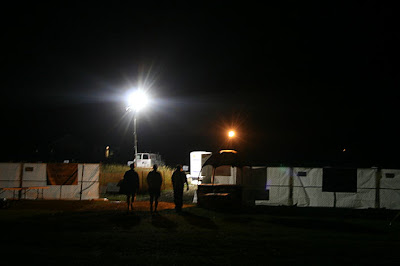 Virtually no one was left after we exited the grounds.

Certainly there was no bus to take us to the remote lots where we had parked.

Our family decided to leave on vacation the morning of Independence Day. I was happy to have my wife drive while I tried to catch some shuteye.

It was more crowded on the toll road to I-39 than I had expected. There was even a traffic jam at the Belvidere Oasis parking lot. 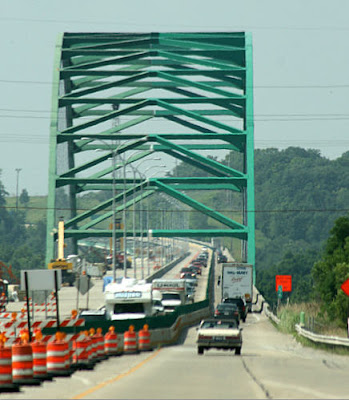 No problem getting over the Illinois River at LaSalle, even though it was under repair.

Because we had to drive right at the edge of the bridge, I got a pretty good shot of the railroad bridge downstream to the west.

There were lot of police cars in Illinois. 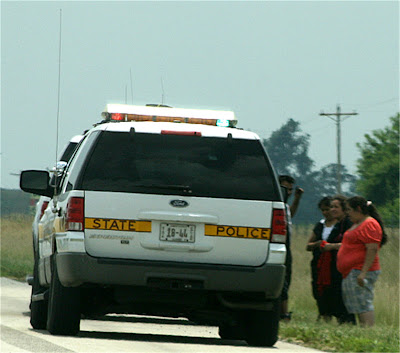 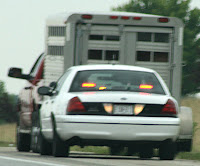 These two were on I-55 south of Springfield.

Both were relatively near the Mississippi River, “relative” being relative to the five hours that we had been driving.

Then it was on to the Mississippi River bridge we almost always take through or, more precisely, over Downtown St. Louis. 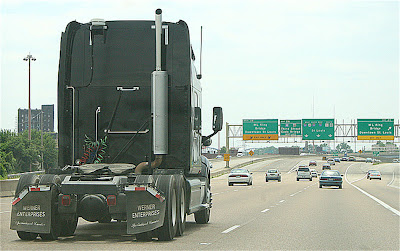 We saw these bridge signs and followed the main I-55 one.

The river had been a flood stage, so I wanted some pictures, as you can well imagine. 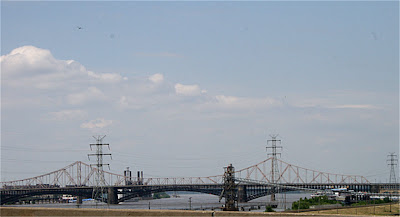 I didn’t get any that were very good. 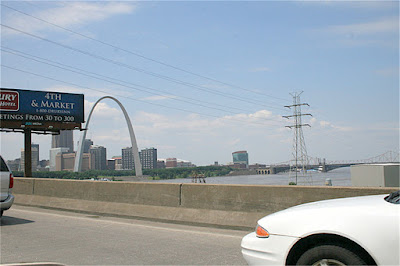 The edge of the bridge was in the way.

Then we saw the right hand lane was closed on the Missouri side. The traffic was barely moving.

BUMP
We had been hit by a semi. 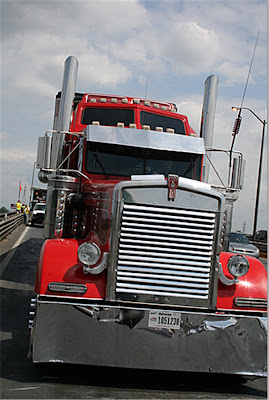 We pulled over into the closed lane and the truck did, too. I jumped out an got a photo of it. No damage to the truck I could notice. 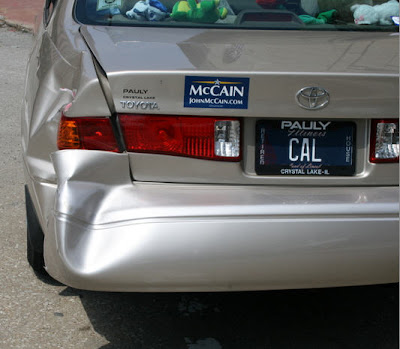 But of the damage to my wife’s 2001 Toyota was extensive.

We agreed to pull off at the first exit, which just happened to be the street nearest the St. Louis Arch. 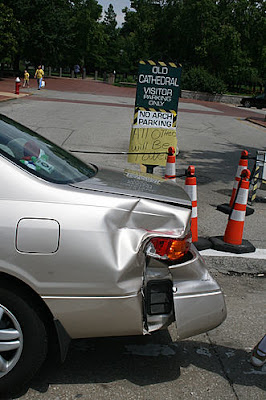 There was no traffic, but the trucker was worried that he was parked in a prohibited zone.

He was more worried that he would get a moving violation as a result of the crash. 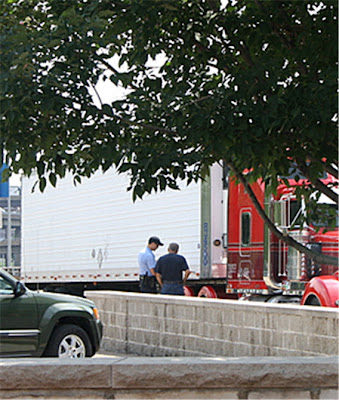 After figuring out that the car was still drivable and we could get to my sister’s at Joplin, we really didn’t care that his version of the accident differed from my wife’s. 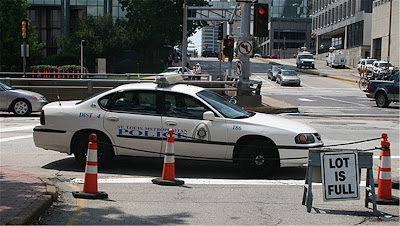 It took so long for the St. Louis Police officers to come that we got to know the trucker a bit better than one might expect and see the sights. He had had a real accident going home one very rainy day and had taken out 150 feet of guard rail avoiding a worst accident.

My wife jokingly asked if he hit us because of the McCain for President bumper sticker. 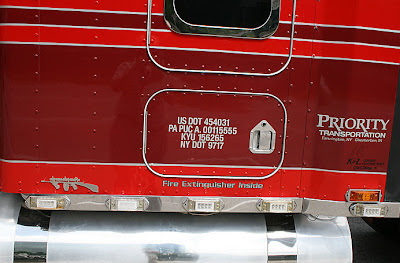 I noticed the side of his truck, which you can see above, and concluded he also was a McCain supporter. Note the assault rifle.

In any event, we went over the Mississippi River bridge and though the Ozark Mountains to little sister Ellen’s home in Joplin, Missouri, without further incident.

We didn’t dare open the trunk until we got there.

When we did, we found not even the wine bottle had broken inside. 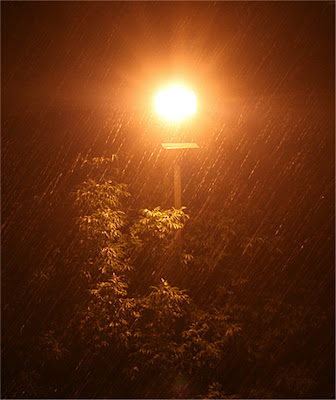 And we found the trunk was still waterproof during a deluge at Branson, Missouri.