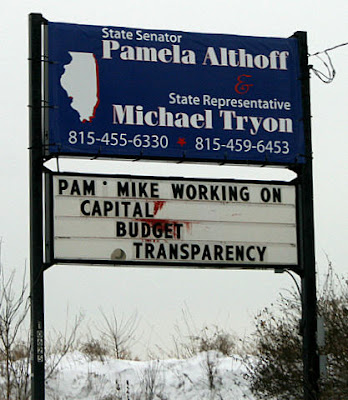 When I was in Woodstock Monday, I saw two political signs.

The first was that of State Senator Pam Althoff’s and State Rep. Mike Tryon’s.

It was on Route 14 across from the proposed minor league baseball stadium site right down from Centegra’s Woodstock Hospital.

The second one was the one on Route 47 in front of State Rep. Jack Franks’ office. 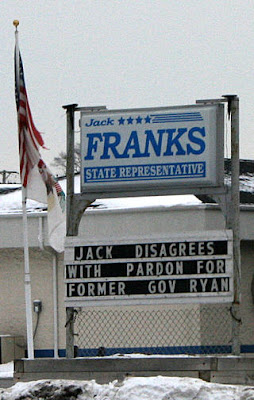 As I drove around the corner of city Route 14 onto Route 47, I saw a very different message on Jack Franks’ sign:

Which message do you think will resonate more favorably with voters?

On another subject, it appears as if Franks’ American flag is a bit tattered.