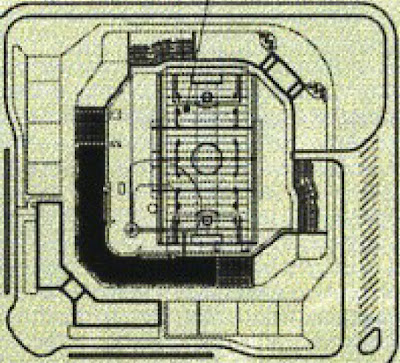 With the Woodstock Planning Commission have approved a minor league baseball stadium within sight on Centegra’s Woodstock hospital even though all the required reports had not been filed, the proposal now moves to the city council.

I missed this Joliet Herald News story the first Friday of December, but it might be of interest:

JackHammers to get bailout?

The Joliet minor league baseball team is behind on its bills.

It’s a “public-private” venture, just as McHenry County College’s was to be.

The JackHammers were supposed to pay $240,000 a year rent for playing in the stadium named after a local hospital, Silver Cross.

And, “…minor league baseball gets a large share of its revenue from marketing relations with local and regional companies,” the article says.

And the city is not the only one owed money. Local vendors came up short, too.

“Up to now, (JackHammers baseball) has been generating income for the city of Joliet,” (City Manager Thomas) Thanas, according to the paper.

The fortunes of minor league baseball teams traditionally are good for the first five years, my sources tell me.

Then, the novelty wears off.