In McHenry County’s largest township Republicans occupying the offices of Supervisor, Assessor and Road Commissioner will skate through the February 24th primary election. 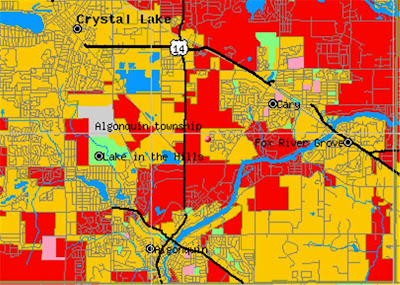 If there is a challenge to Supervisor Dianne Klemm, Assessor Bob Kunz or Road Commissioner Bob Miller it will have to come from unknown Democrats who are allowed by state law to hold a caucus to select candidates. Part-time Clerk Marc Munaretto also escaped an opponent.

That’s the way all but Democratic Party candidate for coroner Dave Bachmann and McHenry County Board member Paula Yensen gained ballot position for November’s election. The only caucused candidate who achieved victory was Kathy Bergan Schmidt, Democratic Party Chair, who won a county board seat in District 3 (between Crystal Lake and McHenry).

There will be a race of Algonquin Township Trustee, however.

Filing on the final day was appointed incumbent Joe Powalowski. That gives him last place on the ballot, something of an advantage.

That means all of the incumbents filed for reelection.

Trying to gain a seat is Mark Guerra.

The other incumbents seeking another term are