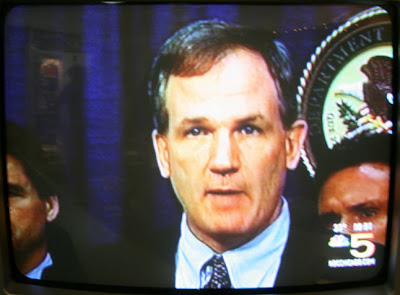 Too many tapped thousands of telephone calls to analyze.

Too many new witnesses to interview.

Too many potential defendants.

But you can look at the sealed attachment, Judge.

And, by the way, attorney’s for Rod Blagojevich and John Harris don’t object.

GOVERNMENT’S UNOPPOSED FIRST MOTION FOR AN EXTENSION OF TIME TO RETURN INDICTMENT PURSUANT TO 18 U.S.C. § 3161(h) 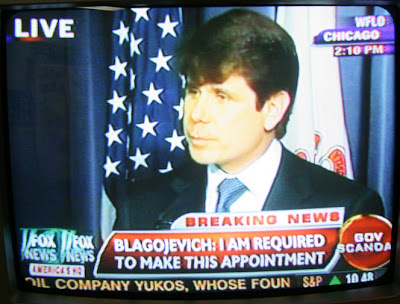 The UNITED STATES OF AMERICA, by its attorney, PATRICK J. FITZGERALD, United States Attorney for the Northern District of Illinois, respectfully moves this Court, pursuant to 18 U.S.C. § 3161(h)(8), for a 90-day extension of time, to and including April 7, 2009, in which to seek the return of an indictment against the defendants, for the following reasons:

1. This investigation was initiated in approximately 2003, and involves multiple potential defendants. Two individuals, defendants Rod R. Blagojevich and John Harris, were charged by way of a criminal complaint on December 9, 2008, with:

(b) corruptly soliciting and demanding the firing of Chicago Tribune editorial board members who had been critical of Blagojevich, in exchange for the awarding of millions of dollars in financial assistance from the State of Illinois, 18 U.S.C. § 666(a)(1)(B) and § 2.

2. Part of this investigation utilized Court-authorized Title III intercepts over multiple phones and in particular locations.

In the most recent set of Title III intercepts, thousands of phone calls were intercepted between late-October 2008 and early-December 2008.

In addition, this investigation has used confidential witnesses.

In addition, multiple witnesses have come forward in recent weeks to discuss their knowledge of criminal activity in relation to the ongoing investigation.

3. A number of factors have led to the government’s request for an extension and the length of the extension being sought.

One factor that affects the length of the requested extension is that federal holidays have limited the dates and times that the government will be able to present evidence to the Grand Jury. The federal grand juries are not sitting during the week of December 22nd (Christmas week) or the week of December 29th (New Years Day week).

4. Given the length of time that this investigation has been ongoing (more than 5 years), the number of intercepted calls involved, and the additional reasons stated in the government’s sealed Attachment, the thirty days available to the government pursuant to Title 18, United States Code, Section 3161(b) in which to file an indictment or information against a defendant based on his arrest will not be sufficient.

The United States estimates that a 90-day extension from the current expiration date of January 7, 2009, to and including April 7, 2009, will be sufficient time within which to return an indictment in this matter. The government does not presently plan to seek another extension of time to indict in this case.

5. Among the factors identified by Congress as relevant to the determination whether time should be extended for indictment are those set forth in 18 U.S.C. § 3161(h)(8)(B), which provide in relevant part:

Whether the case is so unusual or so complex, due to the number of defendants, the nature of the prosecution… that it is unreasonable to expect adequate preparation for pretrial proceedings or for the trial itself within the time limits established by this section; [or]

Whether the failure to grant such a continuance in a case which, taken as a whole, is not so unusual or so complex as to fall within clause (ii), would deny the Government the reasonable time necessary for effective preparation, taking into account the exercise of due diligence.18 U.S.C. §§ 3161(h)(8)(B)(ii), (iii), and (iv).

7. Following telephone calls and/or meetings over the past week, counsel for both Blagojevich and Harris have represented that they do not object to this motion.

WHEREFORE, the United States respectfully requests a 90-day extension of time from January 7, 2009, to and including April 7, 2009, in which to seek an indictment in this case.