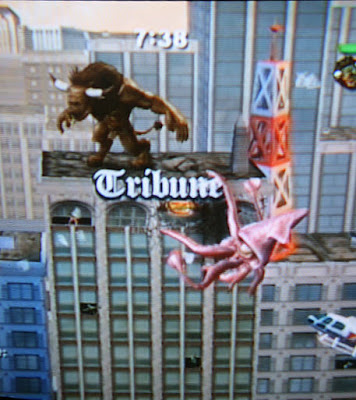 It’s one of those monsters versus people and buildings games where the players reek mayhem throughout a major city and, having conquered, move on to another.

My son picked a giant squid, named, would you believe,

When the street scene reached a building with the Chicago Tribune’s logo on it, he called me and I took this photo.

The game designer certainly could not have known the Chicago Tribune would go into bankruptcy.