New Year’s Day I suggested that President-Elect Barack Obama should quietly pass the word to the U.S. Senate Democratic Party leaders that they should seat Roland Burris before his Inauguration.

I figured that Black leaders would threaten demonstrations during the swearing in ceremony, if Burris had not yet taken office. 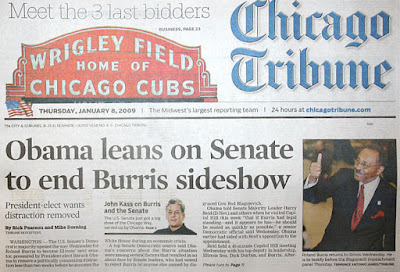 As you can see from the front page column by John Kass in the Chicago Tribune today, there was nothing quiet about Obama’s advice. 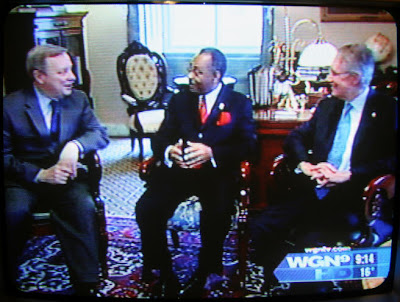 And the meeting with Burris and Dick Durbin in Senate Majority Leader Harry Reid’s Office was anything but secret.

And the influence of African-Americans within the Democratic Party no longer needs to rely on street demonstrations.