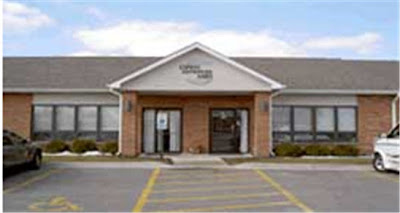 Attorney General Lisa Madigan’s press release headline uses the word “kickback” to describe what was going on between owners of the Crystal Lake Open Advanced MRI, other centers and some referring doctors.

The way the scheme worked,

“radiology centers entered into sham ‘lease’ agreements with doctors under which the doctors paid a reduced rate for MRI and CT scans, charged the patient’s insurance carriers a higher rate, and then pocketed the difference.”

And a penalty for doing so with the $840,000 state share going to “ will be being “distributed in grants to benefit low income persons in need of health care services.”

The rest will go to whistle-blower John Donaldson, who started the suit which Madigan joined. The press release is below:

Chicago — Illinois Attorney General Lisa Madigan has reached a settlement with a group of fourteen Illinois radiology centers that allegedly paid illegal kickbacks to doctors in exchange for referrals. The settlement, entered in court today, is the result of a lawsuit filed by the Attorney General in 2007 and requires the defendants to stop paying the illegal kickbacks and to pay money damages, restitution and penalties.

Under the settlement, MIDI, LLC and fourteen Open Advanced MRI centers will pay a total of $1.2 million to settle the State’s lawsuit.

The State’s share – $840,000 – will be distributed in grants to benefit low income persons in need of health care services. The settlement also explicitly prohibits the radiology centers from operating under any kickback agreements with referring physicians in Illinois.

“When patients are referred to MRI facilities, they should be able to feel confident that the referrals were made for medical reasons only,” Madigan said. “This settlement sends a strong message that medical professionals cannot engage in schemes to line their pockets, at the expense of providing the best patient care,” Madigan said.

In 2007, Attorney General Madigan intervened in a lawsuit against various radiology centers and then filed an amended complaint against the centers.

The lawsuit alleged that the radiology centers entered into sham “lease” agreements with doctors under which the doctors paid a reduced rate for MRI and CT scans, charged the patient’s insurance carriers a higher rate, and then pocketed the difference. The lawsuit asserted that the defendants’ actions violated the Consumer Fraud and Deceptive Business Practices Act, as well as Illinois’ anti-kickback law, the Insurance Claims Fraud Prevention Act.

The 14 Open Advanced MRI Centers involved in this settlement are:

In addition to the MIDI settlement, Madigan has settled with five other imaging companies.

Assistant Attorneys General Janet Doyle and Dalila Bentley of the Special Litigation Bureau are handling the case for Madigan’s office.

Previously, Madigan’s office made a settlement amounting to $56,817 with LLC in Lake in the Hills, according to the Daily Herald.