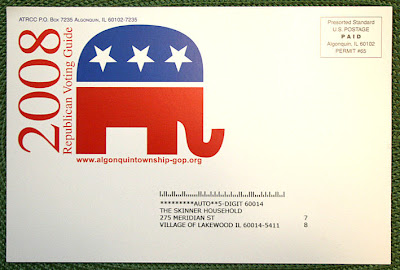 Despite having spent $12,121 during the fall campaign, the Algonquin Township Republican Central Committee still has $5,768 left.

$8,610 was spent to mail a post card in support of Republican candidates.

$688 was spent on a pig roast for volunteers.

$509 was spent on other printing, the sample ballot, I imagine.

$347 was spent for fund raising expenses.