Below is the press release based on a letter that 49 congressmen signed to their House leadership. It urges that American companies be given preference in stimulus package purchases. 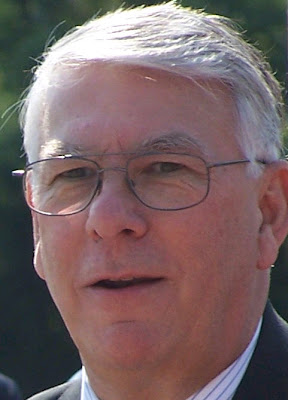 (WASHINGTON) U.S. Reps. Don Manzullo (R-IL) and Dan Lipinski (D-IL) and 49 of their colleagues today co-signed a letter to the House leadership urging them to require any money spent under the proposed stimulus bill be used to buy American-made products whenever possible.

“Whether you support the stimulus bill or not, we should all agree tax dollars should focus on creating American jobs, not more jobs overseas,”

“That’s why I support this Buy American provision. It will ensure any spending in the stimulus bill will support American jobs.”

“Congress is currently considering whether we will spend $825 billion – or more – American taxpayer dollars to get the economy moving again and put people back to work. Everyone should agree that these taxpayer dollars should be spent here at home. Wherever possible, Federal, state, and local governments, contractors and subcontractors should spend the stimulus grants to help American industries and American workers.”

The Buy American Act of 1933 requires the federal government to support domestic manufacturers and workers by purchasing American-made goods, but it is riddled with loopholes and is often waived. Unless a strong “Buy American” provision is added to any economic stimulus bill, American industries, workers, and families will not reap the full benefits of the stimulus package.

Manzullo has led Congressional efforts to strengthen American manufacturing and has successfully passed several bills to strengthen the Buy American Act. In 2001, he forced the Defense Department to cancel several foreign-based contracts for Army berets and instead rebid the contracts for American-based firms.