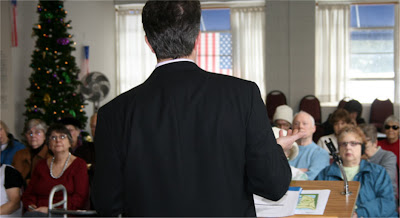 Crystal Lake Mayor Aaron Shepley spoke to seniors this morning at the drop-in center run by Senior Services next to city hall.

What impressed me most was that he did not pander to them (us, I guess, since I am over 65).

He told them that a decision had to be made whether to use the $3 million promised when the city sales tax was hiked 75% (actually, he did not say it was hiked 75%; that’s my mantra) for a separate facility for seniors or to help finance a community center-pool which would be run by the park district. 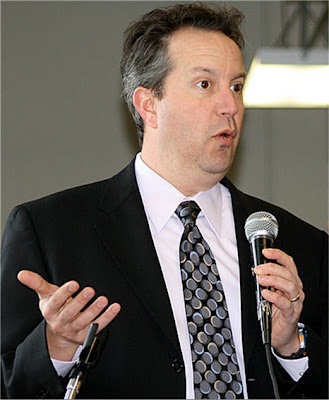 “The question is should that $3 million be used for the construction of a free-standing senior center or combined with a community center,” Shepley said.

“My opinion is that money should be directed toward the direction of a community center, rather than a senior center.”

The Mayor pointed to a survey that showed a senior center had “a very low level of support for a (freestanding) community center.”

“By and large, most members of our senior community don’t want to be isolated.

“I personally support the use of that $3 million for a community center and pool,” which, he predicted, could be built in 2009-10.