Under my article about the free tuition that private donors are offering any graduate of a McHenry County College high school appeared the following comment from Lyle S:

“Maybe I’m just being an Ass. But I’m sort of upset about this program. I graduated high school in 1986. I struggled to pay for college with grants and loans for a year going to Illinois State. I came back home and worked to pay for school at MCC a couple of years. Ends were not meeting so I joined the Navy in 1990. I did so primarily for education benefits. Between the GI Bill and the Illinois Veterans benefits I got my Associates from MCC; as well as other classes at other schools.

“Now all graduating high school students get to go to MCC free (tuition)and all they need to do is 32 hours of community service each school year. I lived my “community” service 24/7, 365 days a year for 4 years to EARN my free tuition.

“Why the big handout? Is a college education the next entitlement??

“On top of everything else, I earned my high school (Marian Central) tuition by sweeping floors during the school year and working at the school during summers too.” 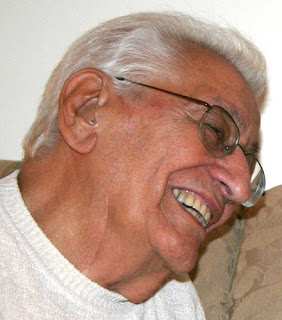 That reminded me so much of what my father-in-law Vince Giangrasso had told me about how he was able to attend DeLaSalle High School in Chicago.

He told me he paid for all but $90 of his tuition at DeLaSalle High School by doing janitorial work.

The first two years he swept the cafeteria. The students who bought their lunch sat on chairs, which had to be put on top of the tables. That was pretty easy, he told me.

Those who brought their lunches to school, as he did, sat on stools. They, too, had to be put on top of the tables, but this task was harder. Only so many stools to a table.

I asked him who mopped the floor, but he couldn’t remember anyone ever doing that.
Now, I have experience being a floor boy and cooks’ helper from one year my Oberlin College days. I also got experience broiling steaks on Saturday night—on both warm and chilling days. Sometimes I filled in for the pot washer down in the basement of the girls’ dorm.

In any event, my father-in-law moved on to bigger and better things in his junior year.

He got to sweep a hallway of one of the floors.

In his senior year, he was given “grace,” he told me.

“I didn’t have to do anything.”

He and my wife were Bridgeport residents, but he insisted that the kids speak English, rather than Bridgeportese.

There are no “dems” and “dos” in family conversations.