My windmill watcher has reminded me of the following fact:

Commonwealth Edison gets less than 1% of its electricity from wind. 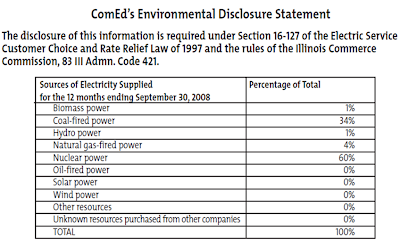 In fact, the twelve-month summary from Com Ed shows ZERO from wind. (Click to enlarge the table or the pie chart below.)

Here’s a pie chart that tells the tale: 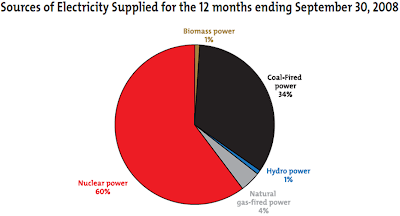 According to a ICC resolution adopted in Jul 2007 “…Renewable Portfolio Standard should be set as follows:

The law says Illinois wind first. There isn’t enough to meet that criteria of 4%. They have to make up the difference by purchasing 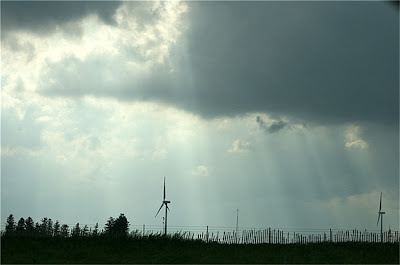 An article in Springfield’s State Journal-Register about a new wind farm on I-55 near Lincoln says,

“Illinois gets less than 2 percent of its electricity from wind.”

Does this sound like something our new governor, Pat Quinn will promote or what?