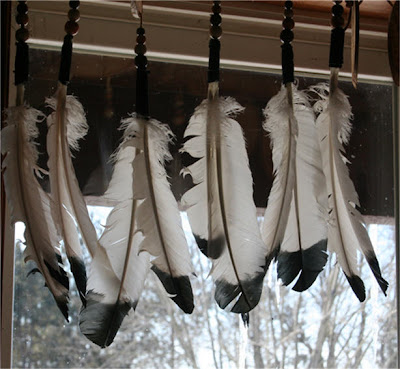 I saw these feathers hanging below a patrol name.

Actually it was a creation hanging in the building where the First Methodist Church of Crystal Lake’s Cub Scout Pack 158 held its winter camp out, which, mercifully, was inside.

It wasn’t exactly a banner. In fact, I don’t know what to call it.

A patrol from the Northwest Suburban Boy Scout Council, which owns Camp Lakota northwest of Woodstock, hung these feathers below its name.

I guess it could be called a sign, but Boy Scouts probably have another name for it.