Our first story pointed out that it is virtually non-existent in the Northern Illinois:

Wind Power Not Making a Dent in Illinois

So, why does Ulm think there is potential?

“Hampshire High School exists in trough that runs from Iowa Northeast across Illinois. One of them we happen to sit right in the middle of. That’s why we can produce 87% in a 3-month study.

How far north does this trough go?

“All of McHenry County,” Ulm said.

Here is a map that shows wind potential as well as electric transmission lines:

You will note the transmission lines that run north of Veterans Acres in Crystal Lake west to Rockford.

The lines near the intersection of Routes 176 and 47 are the ones that the gas generated peaker plant turbine companies want to build their plants.

You remember, the ones that would suck up the ground water we are running short of for drinking purposes. Just like ethanol plants would. 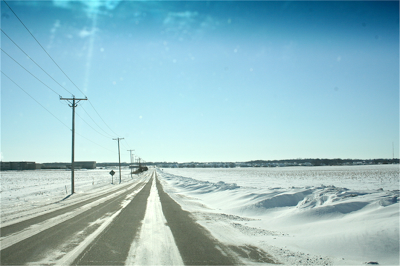 Look at the drifting of snow on Raffle Road near the new Woodstock North High School.

I also asked about neighborhood objections in Hampshire.

“No one has come forward with regard to our putting one near the high school,” he replied. 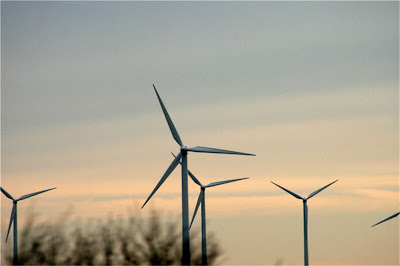 Clearly, David Ulm is not your typical hesitant government employee.

How high are the windmills?

= = = = =
On top you see a storage field for wind turbine blades between Bloomington and Decatur on Interstate 39. It was taken last June on the way to the Republican State Convention. 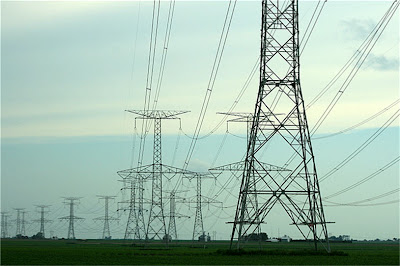 Next is a broad brush wind speed map with a box containing information about what colors mean what.

Below that is a picture taken January 27, 2009, of snow drifting across Raffle Road north of Woodstock. Woodstock North High School is seen at the upper left of the horizon.

At the bottom of the article is the wind farm near Paw Paw, Illinois, on Interstate 39.

The turbines are certainly not as ugly as the high power lines.