If it were a horse race, the mudders would win in today’s Doc Haznow Chili Open. 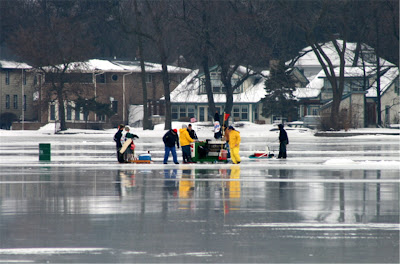 But it’s a golf tournament held in front of the Crystal Lake Park District’s Main Beach.

Run by the park district, it appeared that the advertised playing “one of two championship, nine-hole, par 32 courses on frozen Crystal Lake” will be much like last year’s, which you can see above. 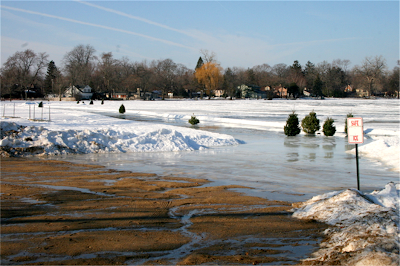 Here’s what the course looked like Saturday morning. Similar to last years, except with snow banks. 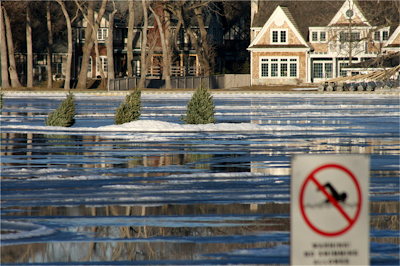 After a Saturday in the 50’s, there was a lot more water on the course by late afternoon than there was at 9 AM. 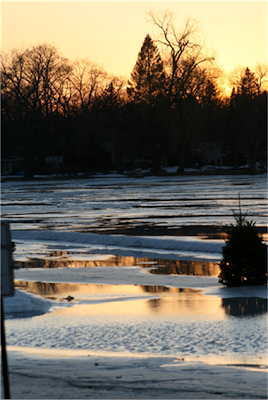 Here’s a view of the Saturday sun setting on the beginning of one of the golf courses. It was taken about the same place as the second photo, but with a tighter view.

It looks as if golfers should wear boots. What a change from the just above zero temperatures ice fishing derby on the West End of Crystal Lake. Check out the guys flying the City of Chicago flag.