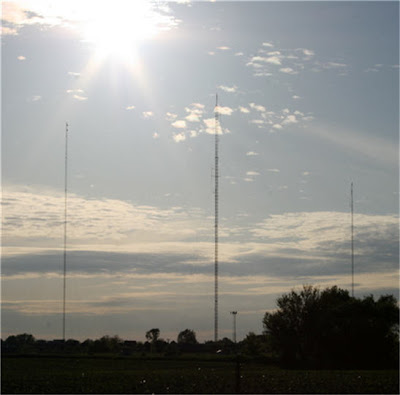 I did a little division.

So, what makes 3.6 acres southeast of the college campus worth 25 times more per acre than the 57 acres to the north and east?

The only answer is zoning to allow the highest structure in the State of Illinois–higher than the Sears Tower.

But the question still remains why BMB didn’t buy the land from the owners on the south side of Com Ed’s power lines.

= = = = =
What you see are existing aerials near McHenry County College. These are one-third the size of the 1,500 foot broadcast tower that is proposed.