Below are the details, contained in a press release from McHenry County State’s Attorney Lou Bianchi’s office: 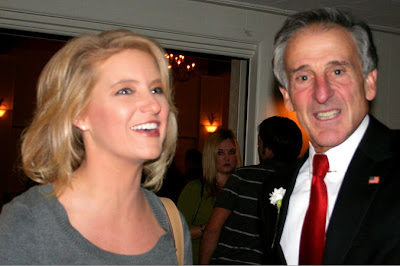 A jury returned three guilty verdicts against Defendant Antonio Escorza on February 13, 2009, following a week-long trial. Escorza was convicted of the offenses of Aggravated DUI (2 counts) and Failure to Report an Accident Involving Personal Injury or Death.

Now convicted, Escorza faces up to 14 years in the Illinois Department of Corrections with a requirement that he serve 85% of his sentence.

The charges arose 12/2/07 when Escorza, driving a pick-up truck with a snow plow, collided with Christopher Foat, age 23, as he walked with friends alongside Clay Street in Woodstock.

Escorza struck Foat with the snow plow, catapulting him thirty feet into the roadway and completely severing Foat’s brain stem.

Escorza failed to stop and was later apprehended by the Woodstock Police Department. Two and a half hours after the crash, Escorza’s blood alcohol content was a .134.

Bianchi’s office called eighteen witnesses during the week-long trial. Members of Foat’s family attended the proceedings in their entirety and tearfully hugged one another when the verdicts were read. Together, they visited Christopher Foat’s gravesite after the verdicts were returned.

The case was prosecuted by Nichole Owens, Chief of the Criminal Division and Donna Kelly, Special Prosecutions Assistant State’s Attorney.

State’s Attorney Bianchi initiated the Special Prosecutions Division to ensure that serious cases were handled by experienced prosecutors. Both Owens and Kelly are certified to prosecute capital cases as lead counsel. Only four attorneys in McHenry County are so certified, three are employed by Bianchi’s office.

Escorza will be sentenced on April 3, 2009 before the Honorable Judge Sharon Prather, courtroom 304. Members of Foat’s family are expected to present victim impact statements.

= = = = =
The photograph of Nichole Owens and her boss Lou Bianchi was taken at Bianchi’s re-election party.