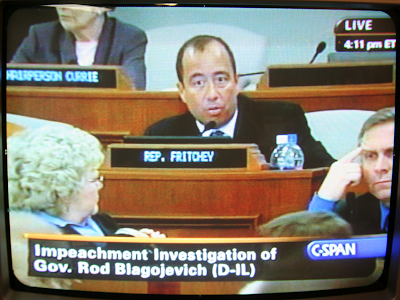 A shield for his shielding of Burris, I suppose. 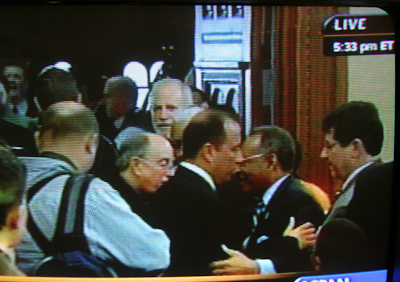 That probably was not the topic covered in his conversation with Burris as the soon-to-be United States Senator was leaving the hearing room.