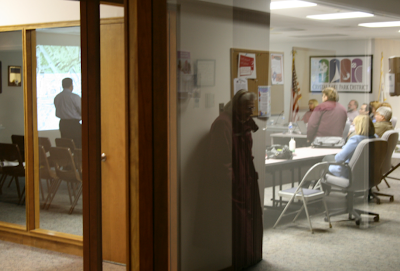 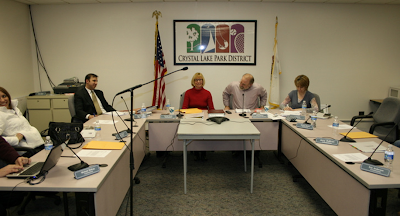 Before adjourning, the board made no decision regarding a location for the long talked about community center.

Through Freedom of Information requests, however, McHenry County Blog has learned that two of the properties being considered.

One, previously revealed, is Viking Dodge on Route 176 on the northern edge of town.

The other is the old Oak Manufacturing building at East Crystal Lake Avenue and South Main Street.

Out of contention is the old Cub Food store, which backs up to Vulcan Lakes.

Attending the meeting until nearly the end was Crystal Lake City Engineer Victor Ramirez and traffic engineer Gary Overbay. (Overbay is on the left; Ramirez on the right.)

One could imagine Overbay and Ramirez trying to figure out a way to get traffic into and out of the Viking Dodge property. 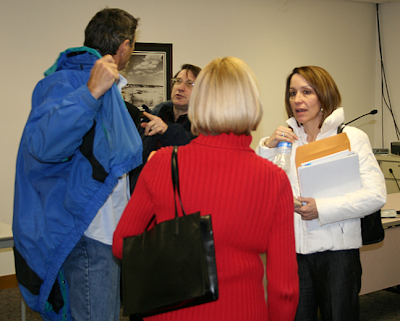 As you can see, board members continued their discussion after the meeting adjourned at about 10:10 PM. Here you see Richard Sexton, on the left, talking to Mike Walkup, while Angel Collins converses with Candy Reedy (back to camera).