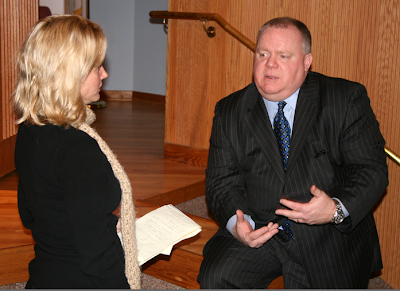 I received an email from John Maguire, the BMB Communications Management spokesman.

He had specific objections, with my article about his presentation, including one which was a typo on my part that reversed his meaning.

That one was about BMB’s not being able to build its broadcast tower without the support of the Lake in the Hills Airport and local pilots. That has been corrected in the original article, but I have found it takes time for Google to update corrections I have made.

In my reply to Maguire I asked permission to print his email verbatim, which he refused to allow.

Hard to convey a guy’s position as well as he could in his own words, but my reply might give you some idea what he was talking about.

One of his biggest objections is that I only ran a photo his expert supplied of a total flat out failure of an antenna. 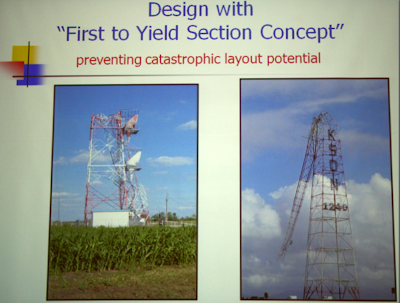 All of his other pictures of failed towers showed how the proposed tower would act, if it fell. So, here’s a couple of photos showing that the sturdily-built bottom part would remain intact, even if higher portions failed.

This “First to Yield Section Concept” exists on the Eiffel Tower.

My reply to John Maguire’s email:

Sorry you didn’t think the article was fair. I didn’t finish until after midnight and put in as many elements as I could. I am certain I had more than anyone else covering the meeting.

I did think you answered the questions honestly, although I’m not sure all the relevant questions were asked. The college does not seem to have any level of expertise to match your own.

I am quite willing to post your email, if you give me permission, as I am any press releases you would like to issue. 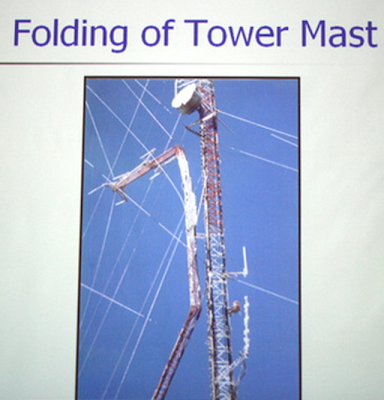 I’ll be happy to put a photo of one or more of the breakaway towers in Mr. Jones’ presentation to illustrate your point that the tower won’t fall flat out, which I think was well made.

I do wonder about the Com Ed’s lines, but I figure, if that is a problem, Com Ed will take care of itself.

I thought the (lack of) radiation explanation was convincing, (although a subsequent question to me suggested that the full array of transmitters may increase it beyond what was explained).

I heard a T-Mobile expert talk about radiation and thought a cell tower might be more dangerous (not much) than yours. No one but (MCC Board member) Scott (Summers) brought radiation up and I thought the comments by the former soldier covered the point well.

One of the things I think you should provide is a video of a similar tower with lights blinking in daylight and night. I am not sure that the real thing will fade into the sky the way the rendering you presented does.

You caught a typo on the “with the pilots support.” I shall correct it.

re the salesman comment, I had dinner Saturday night with an excellent salesman. As I explained your approach, he told me all the best salesmen use that technique. I fear you took that as an insult that I most assuredly did not intend. I didn’t think the empathy you displayed was insincere and hope that it didn’t come across that way in my article.

The TV part was in because lots of folks without cable think they will get better reception. You made clear they would not unless the TV stations wanted to install a facility. 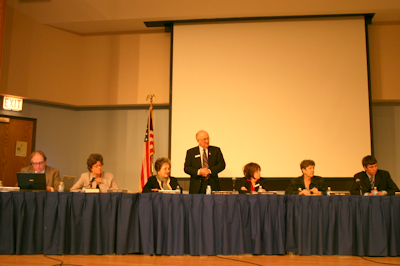 If MCC had the courage to tape or even record their meetings, I could link to that and your voice and those of your extremely qualified experts would be the primary sources.

Without that, my notes are all I have and I obviously couldn’t take full notes and take 90 pictures at the same time (so many were needed, because the college board will not let me use a flash).

So, may I reprint your email?

The offer to John Maguire to publish his original email to me still goes.

McHenry County College’s Board meets tonight at six. The tower will be discussed. People are allowed three minutes near the beginning of the meeting to make comments.

= = = = =
The top photo is of John Maguire talking to a Chicago Tribune reporter before the McHenry County College Board meeting last Wednesday night.