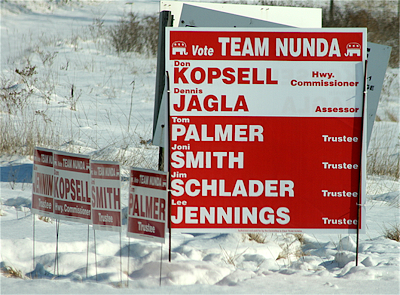 One, Kevin Sarnwick, was an appointed incumbent.

The other Richard Meyers was also an appointed incumbent.

Notice the fall off of votes for Team Nunda candidates as folks proceeded down the ballot. Their order is the same as on the Team Nunda signs.