Below is McHenry County State Representative Mike Tryon’s press release on his recent legislative activity I note the first one is an idea I passed on to Tryon.

The purpose of this bill is to enable local governments to utilize locally-raised resources to jumpstart road projects which have been held up in Springfield. Our needed road projects have been delayed year after year by the inability of the state to allocate sufficient funds for a local match for federal road project aid. There is no reason why this local match has to be state money. I advocate using existing local tax revenue to assist in performing this function. This will ensure that money paid by residents of Chicago-area suburban counties for road projects close to home stays at home. 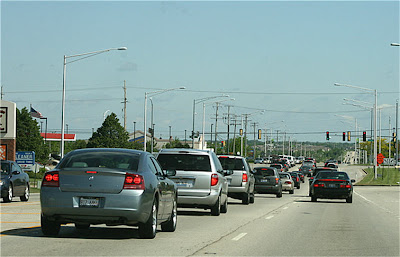 The roads in McHenry County are in deplorable conditions and are becoming hazardous to our residents. In the absence of a capital plan, McHenry County would be able to use tax revenue to gain access to federal road funds.

House Bill 1322 was approved unanimously in the Counties & Township Committee last week. Committee members agreed that this legislation was in the best interest of taxpayers and commended the idea as thinking outside the box.

The legislation was suggested to me last year by Americans for Prosperity, a grassroots activist organization leading the charge for transparency in Illinois and throughout the nation. I introduced the bill last year as HB 4765, where it passed the House unanimously but was never called for a vote in the Senate.

With the recent impeachment of a scandal-plagued Governor, there is a very real need to restore public trust in government. Illinois should become a leader in transparency. The Illinois Accountability Portal has met resistance from labor unions that want to continue to operate under a culture of secrecy. I will fight for this legislation as it moves to the House Floor.

This week in Springfield, I also advanced several other pieces of legislation through House Committees including: