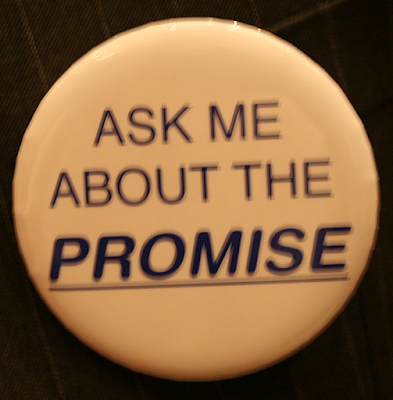 ASK ME
ABOUT THE
PROMISE

Parish is Chairperson of the MCC Promise, which, starting next fall, pays tuition for district high school graduates in return for 16 hours of community service and a C+ average.

In the MCC portion of the night, he revealed that the community college has 1,350 applicants this year, compared with 565, this time last year.

Parrish said $3.5 million had been raised so far.

Contributions are voluntary, of course, so much better than their being extracted involuntarily via a higher MCC tax rate.

Have you made your contribution yet?

It’s great that some of our prosperous residents have donated $1 million, but smaller donations are needed to.

And, it doesn’t matter how small.