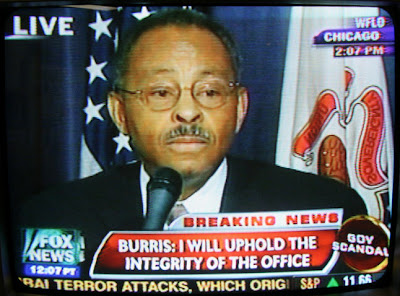 Cunningham, with whom I served in the 1970’s before he, like I, caught congressional fever, continually pleads the case for the poverty of his Southeastern part of Illinois. He seeks additional prisoners for the Lawrenceville state prison.

“RE: Transfer of Guantanamo Releasees to Lawrence Correctional Facility

“We implore you to inform Attorney General Eric Holder today that the Press’ suggested transfer has the overwhelming support of this poverty stricken area.

“We are authorized by the Mayors of Sumner, Bridgeport, Lawrencville and Olney to add their names to our plea. We are assured by the state legislative leaders that designation of a portion of the facility ‘Federally controlled,’ is a formality.

“The community wants this transfer because it is our civic duty to accept the burden of the releases’ further care and the economic boost such relocation will bring. Unlike Leavenworth’s ‘Jayhawk’ Rich, our area needs the business.

“If the Attorney General wishes to make a personal inspection of this facility, remembering that he went to Guantanamo, we’ll appeal to Warden Ryker to unfurl the red carpet any day chosen.

“We need your help.